Takki was one of the guests on this show called “Mabataki” aired on 27 March. There was a bit of PR on-screen for Takizawa Enbujo 2013 and the Tackey Trip photobooks release towards the end. Mainly the show was a competition between various comedian groups and occasionally, Takki was asked for his opinion. 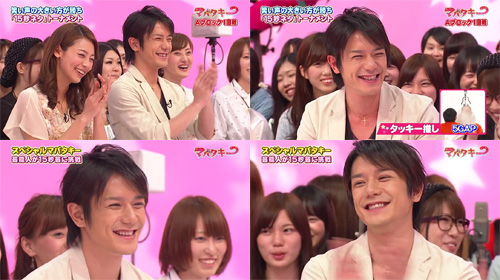