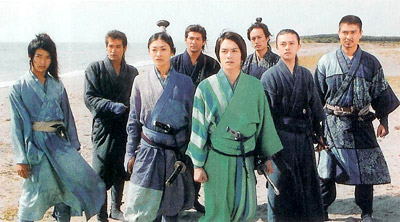 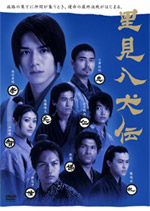 This story is set in Awa, Japan. The head of the Satomi clan, Satomi Yoshizane, killed the Anzai clan’s corrupted head, and captured his wife, Tamazusa. She pleaded for her life to be spared, but because of Yoshizane’s fickle decision (to first spare her, then to behead her), she put a curse on the Satomi clan. After her ‘death’, misfortune started to fall on the Satomi clan. Soon, they were attacked and Yoshizane had to ask his daughter, Fusehime, and Daisuke, whom she was bethrothed to, to flee.

But Tamazusa found Fusehime, and implanted 8 puppies into Fusehime’s stomach. These puppies would bring evil to the world. In order to prevent such puppies from being born, Fusehime sacrificed herself by ending her life. At the point of her death, 8 crystals, which represent 8 virtues in life, rose into the sky and scattered in all directions across Japan, to 8 destined warriors. One of them is Shino, who received the “Filial Piety” crystal.

10 over years later, Daisuke continues his search for these 8 warriors in the quest to restore peace to the Satomi clan.

The cinematography is really breathtaking! And the filming location was not only in Japan, but in Beijing, China as well. The scenery, graphics, fights, and music are superb! Overall, the storyline was really good, and intriguing. I wanted to continue watching all the way to the end, didn’t want to stop at all.

Takki was fresh from his Taiga drama role as Yoshitsune. He did the fighting scenes and stunts himself, and there were some CG scenes as well, notably with the “monster cat”. He was really kakkoii at the end when he wore the blue warrior suit and bandana, holding the katana! ^^

This drama is what we can expect of a 50th anniversary drama SP. The production cost must be really high, with the kind of cast members and overseas location shoots. It was Yamashita Shoon’s first time acting and I think he did a really good job. The other one who really stood out for me was Kanno Miho, who portrayed the evil Tamazusa.

The theme song by S.E.N.S. is so beautiful. 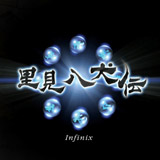 Listen to samples of the tracks here.

View rest of screencaps of the drama and behind-the-scenes (making) in the gallery here.