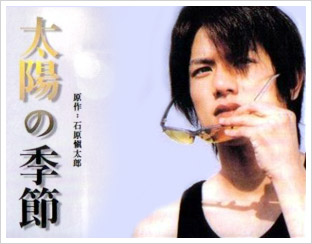 An adaptation of Ishihara Shintaro’s most successful novel.

Hideaki Takizawa in the starring role of Tatsuya, a tormented college student who was once an all-around nice guy but now seems to be balancing a gigantic grudge on his shoulder. What the grudge is has yet to be revealed, although it likely has something to do with his father and the poverty that plagues his life.

For some unknown reason, he has taken to hanging around with the richest kid in school, basically a trusting, nice guy who Tatsuya is out to destroy. He feels an uncontrollable urge to deface the rich kid’s new car and chase after his fiance. Complicating the plot further is Tatsuya’s run-in with a young composer and pianist, who has a limp sustained in a car accident many years before. She, too, is rich, although Tatsuya does not know it yet. Stuck in a stifling home environment with her pianist mother who disdains her desire to compose, the obedient young woman begins to change after a chance meeting with Tatsuya, while he seems to regain some of his humanity in his interaction with her.

This is one of my favourite Takki dramas!!! IMO, the ending is actually one of the best endings of Takki’s dramas. The character Tatsuya has a bit of an evil streak in him, and it’s quite nice to see Takki play this kind of character for a change. His gaze is so intense – and cruel (as Eiko’s mother puts it) – at times, yet at other times he looks so kind and innocent…

“If you’re going the wrong way, you should immediately backtrack.
Why didn’t I realise that it was so simple?”

Sometimes he just looks so lonely and sad that I wanna give him a HUGE HUG!! Then at other times, I just wanna slap him for being so stupid, praying he’ll come to his senses… I love the yasashii side of Tatsuya, when he’s with Eiko. It’s like there is the angel and devil battling within him….

“Sayonara. That word pierced through my body.
And the pain will always remain.
That’s why I used more pain to erase the pain…”

Yes, that scene at the end of episode 9! Ahhh~~~ that heart-breaking feeling (which I can’t describe) again!! It really pierced through my whole body. And the last episode, I cried buckets, even after the show ended, I was still sobbing… Nanka… I just felt it was so cruel… So so cruel… And when I found out the meaning of the lyrics to Ki.Se.Ki, I felt even more for the show… It fits so well! Takki singing it makes it even more meaningful… I think this is the only drama he’s in that actually used his song as the theme.

Is freedom just the same
As loneliness?
Is it something we lose
When longing for things we can’t have?

It seems like there is NO Original Soundtrack released for this show! That is the most cruel thing to do to us yo!! Coz the music in this drama is so damn beautiful!! “Ki.se.ki.” instrumentals and “For My Sun”, which is such a beautiful piece! I was so hooked on it, so much that I ordered in the Piano scores from Kinokuniya, so that I can play it on my piano.

I’ve cut out some bits of the audio from the drama:

The song by Beach Boys “Good Vibrations” is also often played in the drama. 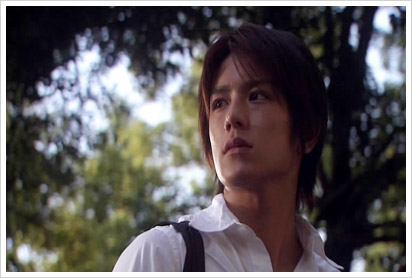 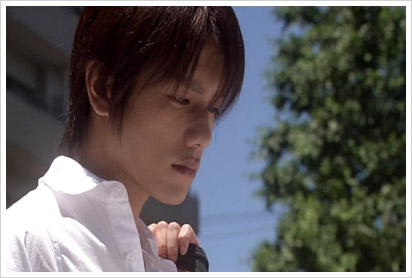 View the rest of Taiyou no Kisetsu Screencaps. 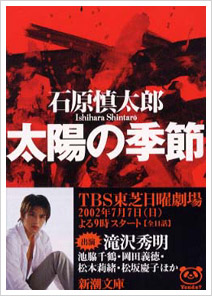 8 Replies to “Taiyou no Kisetsu”