Since there are no new 24hr TV clips out now, I thought I should continue on my report LOL. In case you missed it, Part 1 wa kochira desu. Before I get back to the show, here’re my thoughts on the theatre, the food and the goods! Lol~ I know I’m really slow, gomen, gomen, back track a bit first ^_^

Before we got to Shimbashi Enbujou

At Higashi-Ginza station, there were 2 Enbujou posters side by side. Looks very pretty like that~ I love this picture so much – they should have sold it as poster!!!!!!! 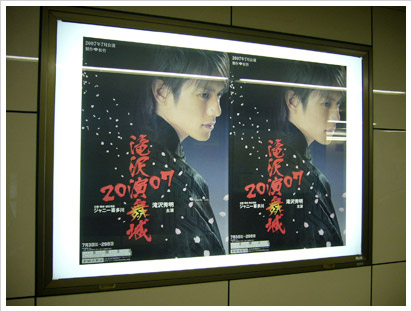 And this is how the Shimbashi Enbujou building looks like from a distance. Sorry, my first time there, so got to take pictures of everything!! hahahaha~~ 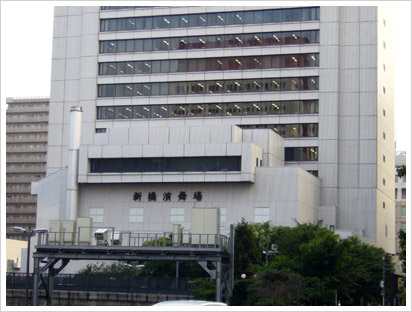 At the basement where there is a cafe, there were flowers on display that were sent to Takki. Hosoki Kazuko aka Kazuchan’s was the biggest ^^ There were also flowers from Avex, Asahi TV, Meiji, Matsu Ken (the “real” Benkei). Hitomi Kuroki, who acted as Takki’s mother in Majo no Jouken 8 years back, and is also the co-host on 24hr TV, also sent Takki flowers :D 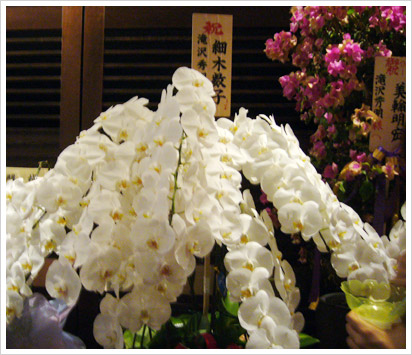 We bought the last two boxes of Takikomigohan Bento Set (Takeaway – 1,500円 each) on the 25th. After we bought them, the “Sold Out” sign was displayed ^_^ BTW, I love the cheese omelette and the 2 meat patties even when they were already cold by the time we ate them at night lol~ Maybe I was the only one who found it oishii *am obviously biased* 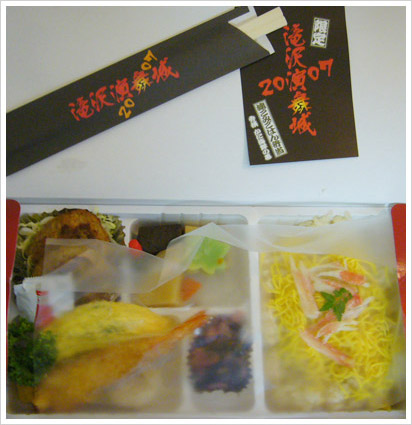 And we all tried the 滝氷 (shaved ice) sold at Basement 1 during the interval of the first show on the 26th. When I said that Takki ate the mango flavour, straightaway all of us decided to have MANGO wahahaha~~ We kept taking pics of the takibing (that’s what I call it lol~), and of ourselves WITH our takibings, and before we knew it, the buzzer (indicating 5 mins to the start of the 2nd part) sounded! LOL~~ None of us have finished our takibings yet! Loracyn was the only one who did in the end (though I think her mouth was numb by then xD). Ribi and I haven’t even gotten to the mango yet!!! Bwahahahaha~ The brain freeze was killing me lol~ I poured away the rest of the takibing~~ :X 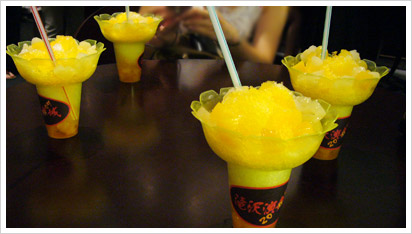 I wanted to try the Kani Seafood Soba salad too, but din get the chance to.
Sigh… I hope that it’ll still be available next yr…

This is my Takizawa Enbujou 2007 loot minus the posters (ignore the leg of my piano chair)! The pamphlet, sensu, postcard, shopping bag, and oil-paper looks so beautiful as a set. The design this year is black, gold, red vs last year’s white, gold, pink. Honestly, I think this year’s goods are prettier!!! ^_^ 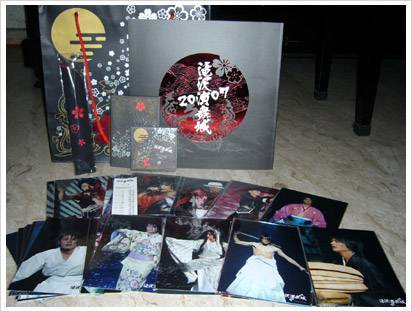 The pamphlets were on sale at the first floor. And the rest of the goods on the 2nd floor. We queued up before the first show to get the goods (minus the photos, which we got on the 2nd day). The queue started from the 2nd floor counter, to the stairs, up to the 3rd floor, and all the way to the back where the right entrances were. We thought we wouldn’t be able to make it for the show but we managed to get to the counters 5-10 mins before the start *phew*

The red flower on the packagings, along with the curly prints around it, forms the word “Taki” (滝). I noticed it when I saw the shopping bag on the first day. It’s a really clever design, and really pretty as well. “Taki” means waterfall, and the curly prints do look like it’s flowing…

KYAAAAAA~~~ There’re more Takki pages than I expected! More than last year, and prettier photoshoots! The little details, the flower patterns, etc, are all so so pretty… The quality, texture and design of the entire pamphlet is soooooooooooo B-E-A-UTIFUL!!! 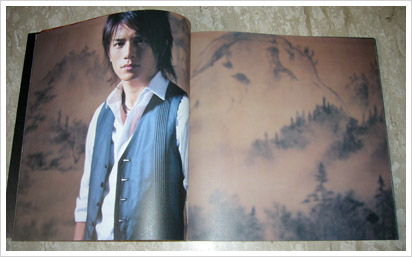 When I flipped the pamphet, I WAS IN HEAVEN!! SOOO PRETTTYY!!!!! The Takki pages are at the front and the back, surrounding the junior pages (which were also really well-designed~). 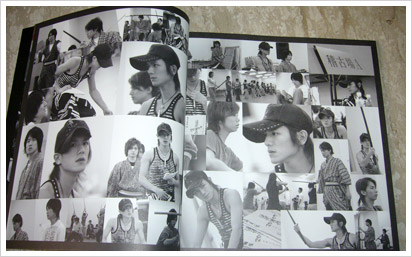 Awwww~~~ there’s Takki in the yellow shirt with outer checkered shirt and jeans – photoshoot at Mt.Kurama – which I love so much ~ ♥ 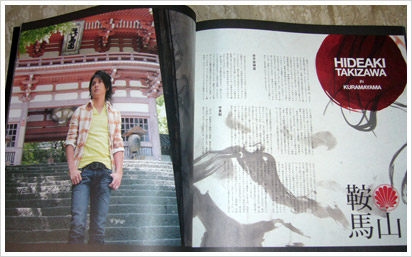 And they made those nice shots into postcards! 3 postcards in a set, only one set this time, nicely-wrapped in the black/red/gold/flower paper ^-^ Hmm… I think Takki slept for only 2 hrs before this photoshoot *v_v* 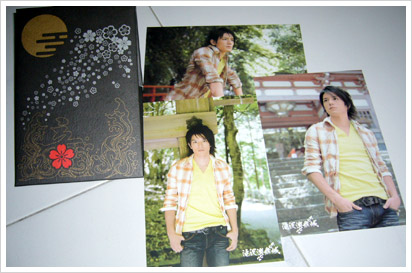 KYAAAAAAAA~~~~ This is really really pretty!!! What an idea to come up with, Takki!!! *pachi pachi* He knows it’s hot in summer desho, so he includes folding fans, takki ICE and oil-absorbing paper to the list? ^^ (I just read the Wink Up 9/2007 interview, and he said he wanted to have folding fans as con goods since a long time ago, now he can finally do it, and he’s really happy about it~! ^_^) 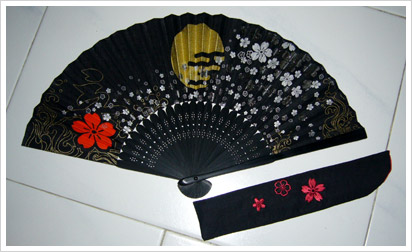 I got this one too, although I think I won’t ever use it! Erm, I haven’t even opened it yet! LOL~ 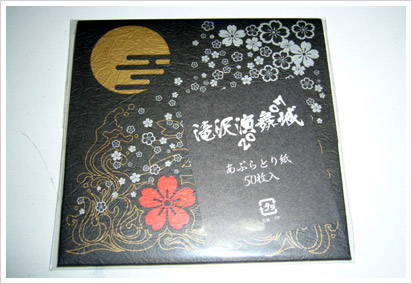 The live photos were numbered and put up on the wall. Like at the Johnnys shop, we had to take an order form and write down the nos. we wanted. There were a total of 100 photos I think, 60 of which are Takki solos, and the rest are a mixture of Jrs., and Takki with Jrs. Each photo was a whopping 500 yen! I keep telling myself it’s 8 bucks per photo, 8 bucks per photo, so got to limit myself, limit! limit!!! But I still ended up getting close to 40 photos!! *bleeds to death* These are some of my favourite ones: 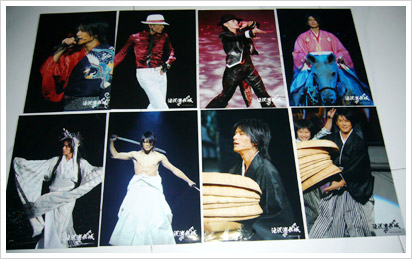 Think I spent close to 20,000 yen just on photos itself LOL~ (Eh, that could have got me a ticket to watch Enbujou another time!) Each photo is about twice the size of a normal Johnnys shop photo. And each are individually-wrapped. I love these 2 photos a lot, but we didn’t get to see Takki in this (it must be during the encore of previous shows~). 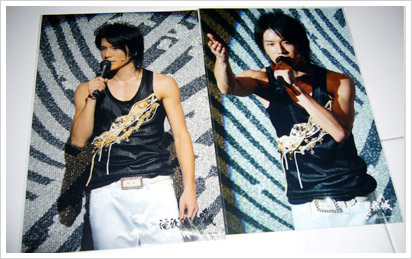 I bought BOTH posters: A and B. First impression… Poster A: KYAAAA~~~ KAKKOIII!!!! Poster B: KYAAA~~~ BIG TUMMY!!! *dies laughing* But Poster B is more “Enbujou-like” ^_^ Ribi bought Poster B, but on our journey back to the hotel, it got crushed @-@, so she bought another one the next day lol~ I was also contemplating buying my 2nd copy “so that I can hang it up” LOL~ We fangirls are a loony lot! 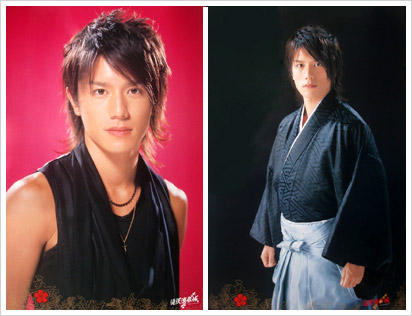 Even the shopping bag is nice! SO pretty!!! And it IS very sturdy!! I carried it onto the plane, all the way from Japan to Thailand, and Thailand to Singapore (thanks to it, we were also spotted by Stephie’s friend in the process haha). There were about six pamphlets, a “brick” of about eighty live photos, few packs of postcards, and few sensus in that one bag, and it didn’t give way at all~ it’s still very very sturdy! It looked slightly waterproof as well due to the material.

Stephie went for the 28th July first show, and apparently the Shopping Bag and Sensus were already sold out by then. I wonder if any of these goods will be on sale at the Jshop…