After the afternoon show of Takizawa Kabuki, I met up with Bf-san at Harajuku. He was shopping around while I was watching Takki :) We proceeded to Shibuya for lunch, and chanced upon this restaurant called Negishi. The food was delicious, and supposedly healthy as well. 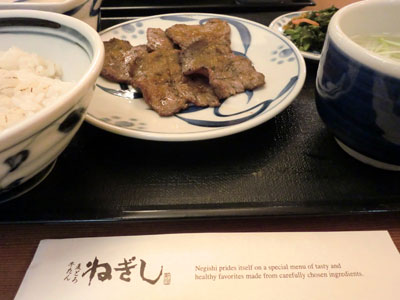 I ordered Gyu Tan, was fascinated and confused at the same time by the grated yam thing lol, but enjoyed the meal nonetheless. But unexpectedly, my favourite dish was actually… the soup! It has a really unique taste. I reeeaaally love it! 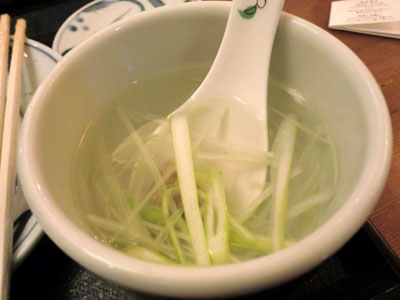 The rest of the evening was spent at Shibuya, roaming around trying to find a certain boutique, ended up asking for directions at the Koban, but still unable to find the place in the end lol. Bf-san shopped at a few boutiques, and I also saw the Spain-zaka for the first time. I was imagining how it would look like if Takki’s posters are pasted all over it (like last year’s Takisama con). 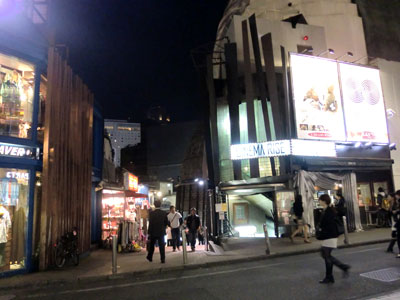 After walking for what seemed like hours, we decided to head back to Ikebukuro for dinner. And I decided to bring Bf-san to try the ramen at Taizou. I went there before, first with Bon-chan & Stephie in 2007, and then with my family earlier this year. 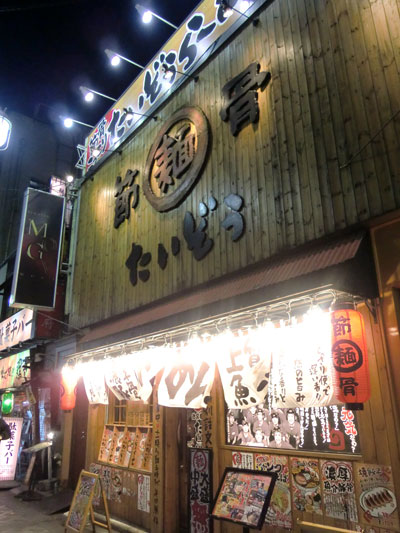 My (now ex-)colleague said that the Taizou Don there was good, so I tried that. It was cheap and good. And I love the egg!!!!!! Iya, I love the eggs in Japan ne~ hehehehe~ 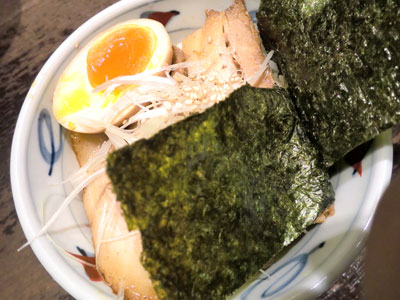 Before going to bed that night, I had a can of Takara Can Chu-hi :) 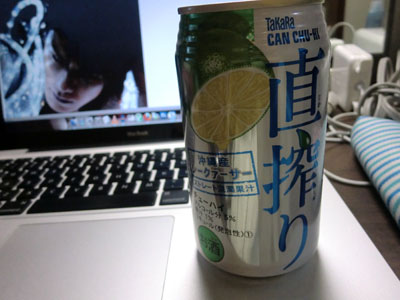 Back to the eggs in Japan… Yea, I still wonder why they have white shells. In any case, one thing good about the hotel I stayed in… is the free breakfast, which has a great variety of bread, salad and most importantly, they have eggs! ^^ 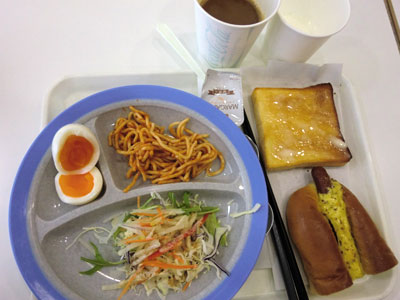 After breakfast, we went to Ueno – for shopping again. 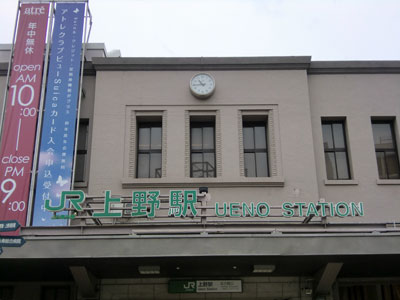 We found a Hard Rock Cafe inside Ueno station. Bf-san usually buys t-shirts from the Hard Rock Cafes in whichever countries he visits. But he thought he could get it at Roppongi instead (with the words “Tokyo” on it), so we didn’t buy anything from this branch. Though in the end, we didn’t even go to Roppongi for the rest of the trip lol. 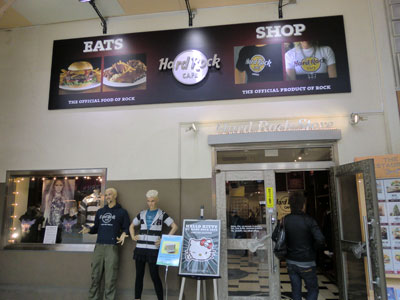 Outside the station, we shopped around Yamashiroya… and as I couldn’t decide which of two fumos to buy, Bf-san made the decision and bought both for me hehe~ arigato, Bf-san! :) 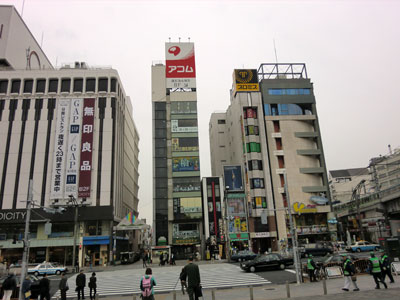 It was starting to drizzle by then. We had lunch at a curry shop in one of the lanes. Oh my, the katsu curry rice was sooooo good!!! I’d definitely go back there again next time! 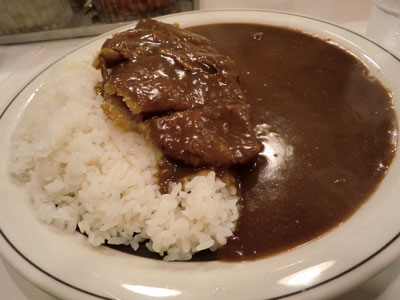 And Bf-san wanted to go shopping again at Marui City… and I ended up buying for him a top from Niel Barett. Iya, takai desu ne… hehe, but it looks good on him, so… nevermind la! Haha! The sales assistant at the shop was really friendly and nice. While Bf-san was trying the clothes, she talked to me, at first in English then later it was purely Japanese.

She asked where we were from, and where we were intending to go later. I said “Asakusa, and then I’ll be watching a butai”, and she got curious and asked me which butai. I just said “Takizawa Kabuki”, and she was like “Ahh~ Johnnys! Kakkoii desu ne~” and before we left the shop, she gave me her name card ;)

We proceeded to Asakusa. It was raining and we didn’t have an umbrella. 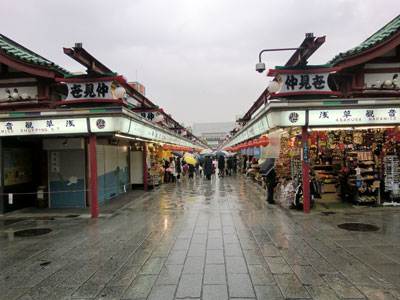 But as it wasn’t that heavy, we just walked in the rain. The only problem was my boots. Water got inside, and my toes were slightly numb. 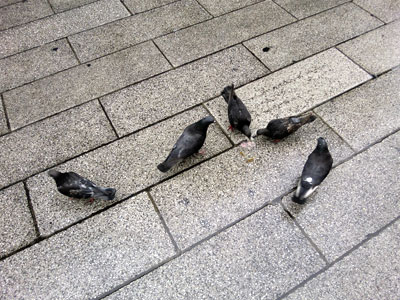 There were very few people along the Nakamise shopping street, due to the rain. There weren’t any food stalls by the side as well. Rather empty, but good in a way. We didn’t have to squeeze with the crowd. 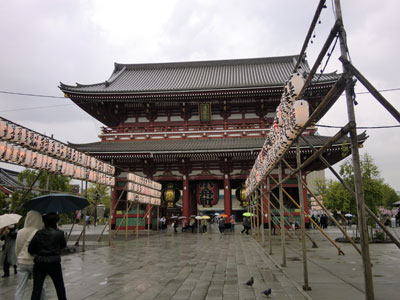 The main temple was still covered with the dragon scaffolding thing, and everything was pretty much similar to my January trip, but there were much lesser people. 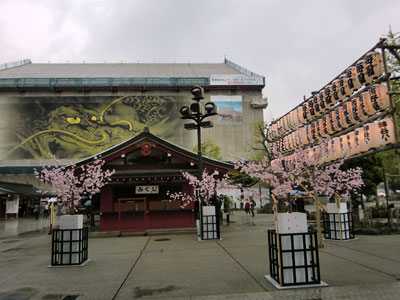 I did the water washing thing again, and we made a wish here as well. After that, we took many 2-shots, trying to aim to get everything we wanted inside the picture frame lol. I also took flower pics again lol. 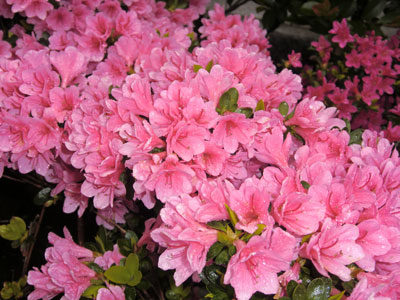 Then we proceeded back to the train station via Nakamise shopping street again, and I was so tempted to buy the little stitch, angel and scrump from this shop… 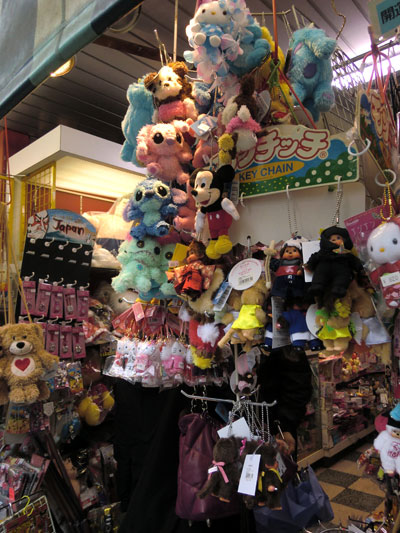 It started to rain heavily the moment we stepped out of the main gate, and we ran to take shelter in front of the shops. We then took the subway to Hibiya, as I had a show to catch haha… At the station, we saw Burberry posters — Emma Watson aka Hermione Granger lol~ Apparently, a new Burberry outlet was opening soon. She’s so pretty ne~~ 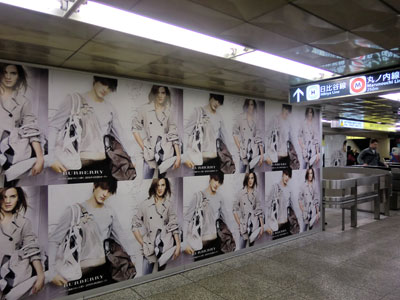 As there was a bit of time left, we had a drink at the nearby Starbucks. I had my favourite Maccha latte! I love it to bits! Can drink it every day, if I can find it in Singapore… 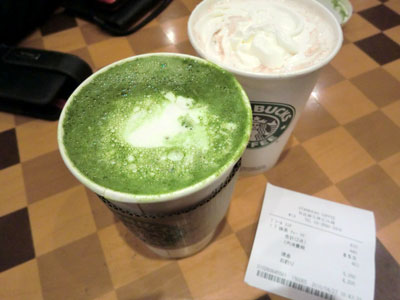 Then I showed Bf-san where the theatre was, and told him a bit about Takarazuka as well. And gave him directions to the JR station (so that he can get back to Ikebukuro on his own). 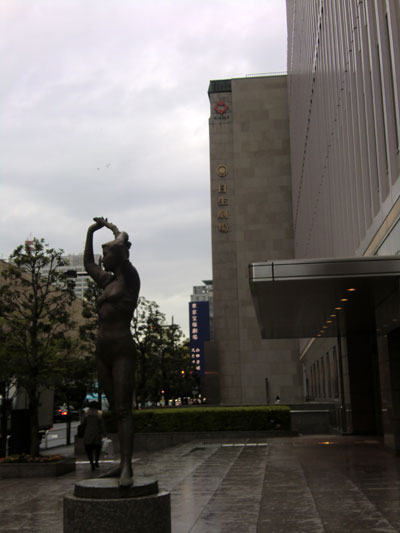 I took pictures of the Takizawa Kabuki sign AGAIN lol… and brought him into the theatre. Of coz, without a show ticket, he could only go as far as the flowers display. Anyway, he left for the hotel soon after, I met up with N-san, and watched the first act. Then during intermission, we went for a coffee break at a nearby cafe, and were slightly late for the short film of Act 2 haha. This was one of the better coffees I had in Japan. Usually they’re tasteless (like in Macdonalds lol). 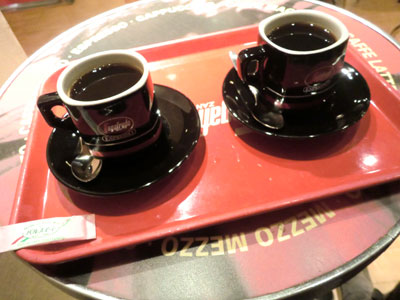 Fast forward to after the show. I met Bf-san back at the Ikebukuro station, for a late dinner. And we were craving for the Yamachan tebasakis, so… we went to Yamachan again! Yay! ^^v 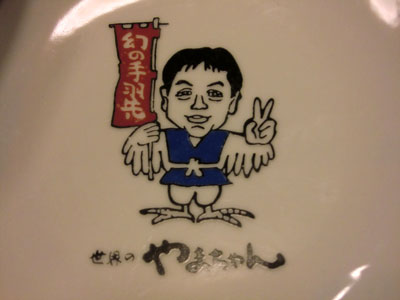 And the same girl who served us on Day 2 saw us, and immediately we conversed in mandarin haha. This time we had natto omelette, and fried bean sprouts (the last plate available~). 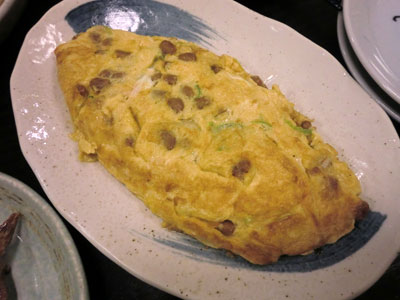 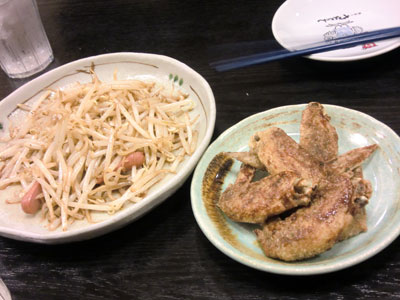 Back at the hotel, I took a pic of the 2 new fumos that Bf-san bought for me haha… 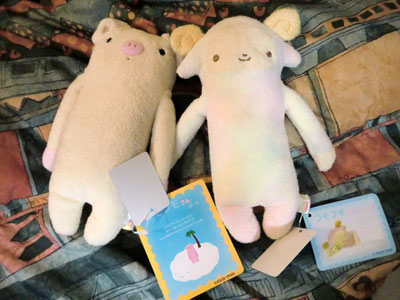 This is just the start of my soft toy collection for this trip :)