It’s already 2.30am but will make this a quick post, as I have to start packing hehe. I need to think of how to stuff everything into the luggage lol~ First off, well, this is not a “goods”, but we finally had the Takizawa Kabuki Bento Set (1,000yen)! I ate about 90% of it during the intermission of the first show, and then the remaining 10% during the intermission of the 2nd show :)

Like previous Takikomigohan Bento Sets during Takizawa Enbujou, there’s a card with the date printed behind it – which Takki fans will keep of course hehe. I was quite surprised to see that they’re selling it this time… 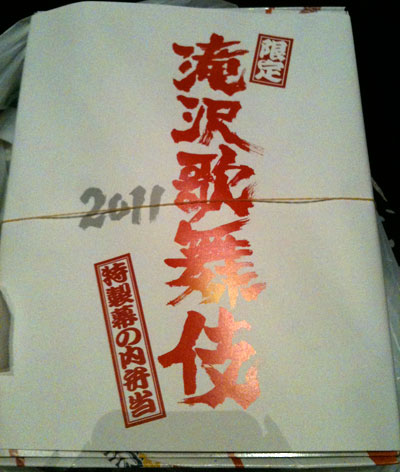 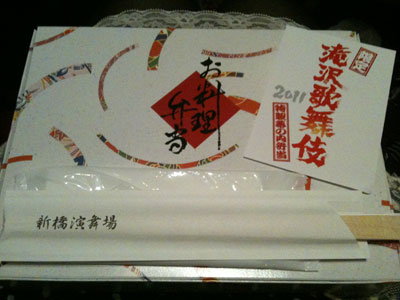 There’s a huge variety of food inside… I loved the rice, and the ume & ‘ikanbillis’ on it, the fried hotate, the chicken… and especially the konyaku jelly hehe! 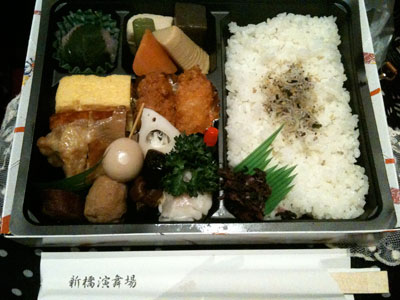 I miss the “Kani soba salad” from Enbujou ne… I think we have another 1 more year of Kabuki at Nissay, then it’ll be moved back to Shimbashi Enbujou? Ah, I miss the hanamichi too~

Ah, sorry for digressing~ now onto the real goods.

Got a shock when I saw the front & back cover! In a way it reminded me of “Hikari Hitotsu” jacket C (regular edition), but I recognised immediately that it’s the same painted faces as on the recent promotional billboard.

This is the front cover… 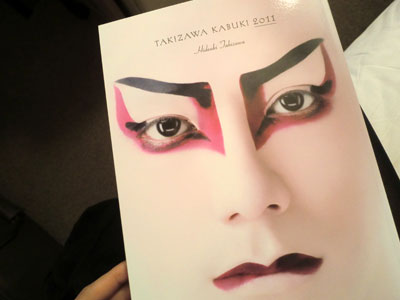 The back is similar but Takki’s eyes are closed.

And the inner pages are kakkoii~~ very traditional setting, sliding doors and tatami, low tables, etc… This is just one of the pictures I love~~ There are a few very kakkoii shots with Yara too! ^^ 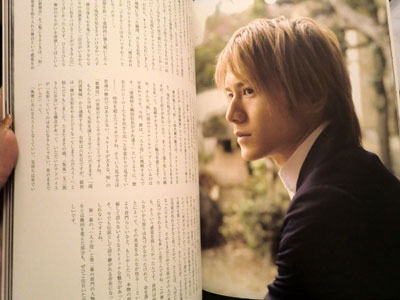 And I LOVE this picture~~ somehow Tono biting the apple~ his curvy lips~~~~ so irresistable!!!!!

But I kyaaed the most when I turned to this page!! There’re a few pages of “Document” (rehearsal) pics!! But Takizawa zachou’s cute smile wins!! Looking at this smile below just makes me happy! XD 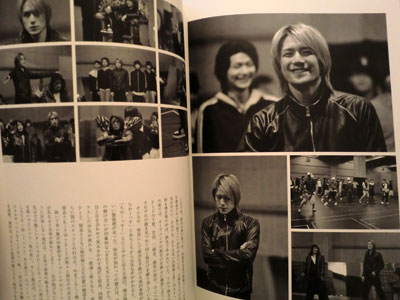 Very relaxing feel~~ both colors and the pose. And the other side of the clearfile is the so-called “logo” this year, that appears in most of the goods. Seems like it’s half of the face or mask painting~ 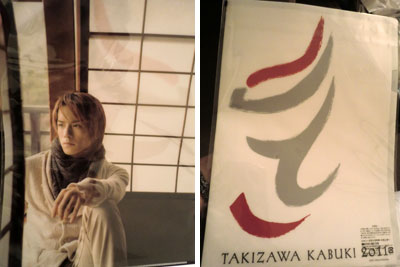 Okay, now onto the photosets… 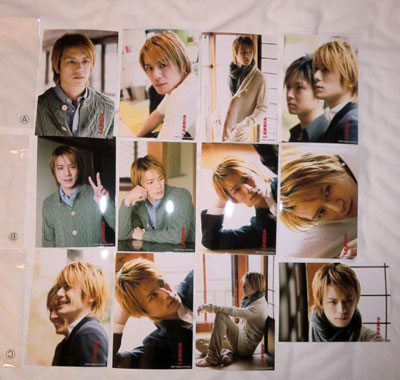 But if you can only buy one set, then definitely go for C!
First pic – Kawaii!! Rest of the pics~ Kakkoii!! KYAA~~ 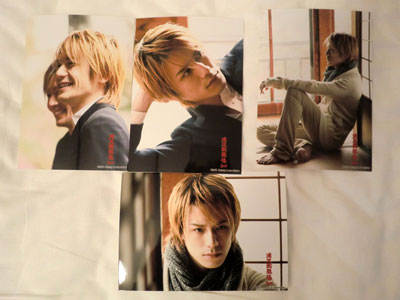 There are two pairs of chopsticks in the set. And the markings on each pair makes up the full face “paint” thing~ looks nice as a set, together with the teacups… 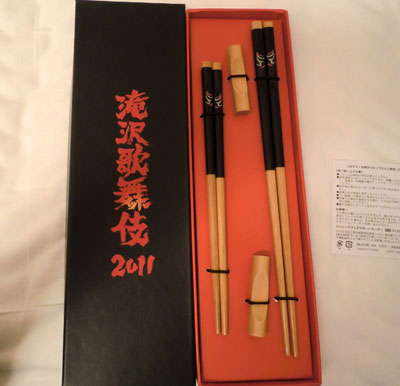 The teacup has the logo on it. And even though I was told that perhaps it should come in a pair, I’ve run out of cash to buy another one LOL. So I only bought one… 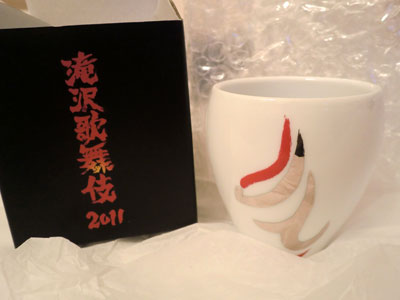 This hand towel thing is folded so nicely that I can’t bear to take it out. I won’t know how to fold it back yo!!! But I like that there is “Takizawa Hideaki” on it hehe~ 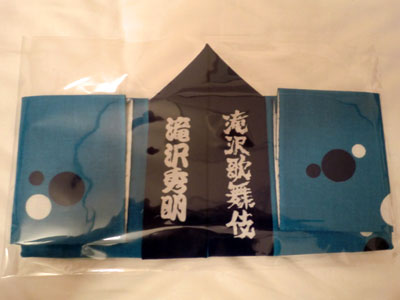 Similar to the Kakumei one earlier this year, it’s originally in a small pouch, and you get the full bag by flipping the entire thing inside out. This bag below belongs to Bon-chan. I didn’t buy one in the end… Bought too many things during the days we didn’t have shows, and the opening show’s ticket also contributed to it lol… 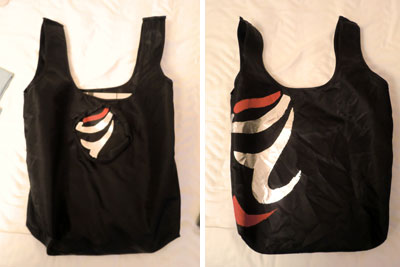 I passed the poster as well even though I brought a poster tube from Singapore!

I can’t find a pic of how the poster looks like, but it’s something like this… just that Takki is wearing the green cardigan (see photos above), and he’s leaning on the left instead of right, so his head was turned to his right…

There should be stage photos and photo album released soon, perhaps next week. If things remain like last year, the stage photos will be four normal sized (3R) photos in a set, costing 600yen per set. And photo album at 1,000yen… but if it’s like Kakumei, or DreamBoy, or One, then it’ll be 500yen per big sized (5R) photo. Let’s wait and see :)