We reached Shin-Yokohama Prince Hotel at about 9.15am, and met Leli :) We then proceeded to queue up for the congoods. The queue was longer than last year’s. It went up the stairs, round the bend, and all the way back to possibly across the whole Arena A seatings area. 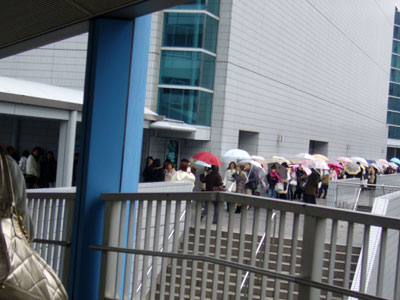 It was raining at first. Then later, the rain stopped but the wind was freeeeezing, especially when we were about to reach the goods area… Even the Japanese fans behind us were saying “samui~” My fingers and toes were numb, and I was trying to hide behind some fan in front of me (to block the wind) haha… 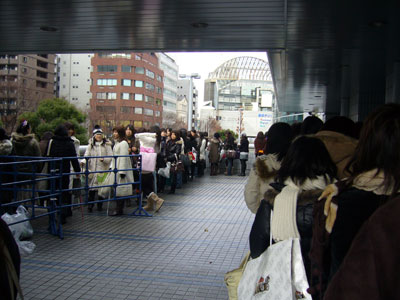 While in line for the goods, the 2 things that got me kyaaing was 1) Takki’s clearfile, and 2) Takki’s poster!!! He looks so good that I decided to buy 2 Takki posters! LOL! Ah, the goods buying this year was much better than last yr’s, not as traumatic lol~, but still, carrying 7 pamphlets, 3 shopping bags, 3 posters, 5 clear files, 5 mirrors, 2 penlights, 2 towels, etc ….. was no joke!! My Enbujou shopping bag looked like it was about to give way anytime lol~ (though it’s really still very sturdy!! ) The staff was quite patient though, as I read off the list… like… “Pamphlet… nanasatsu… Photoset… Takki futatsu *shows 2 fingers* Tsubasa hitotsu *shows 1 finger* Unito futatsu *shows 2 fingers*” etc etc etc… The final figure came up to 33,000+yen :D

Here’s just a run down of some of the congoods:

Pamphlet
The pamphlet is sooooooo pretty!!! 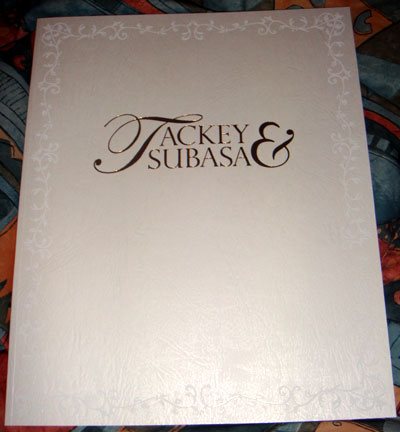 T&T with white horses really wa PERFECT!!!! OMG~ I screamed out loud in the hotel room (gomen ne, Stephie!) when I first saw Takki smiling with white horse-san!! This picture is my favourite… so soooooo pretty!!!!!!! 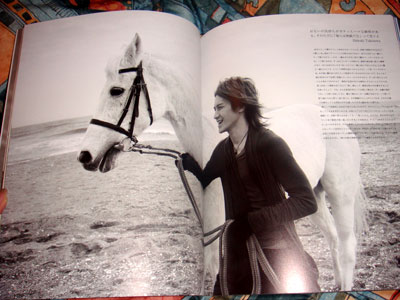 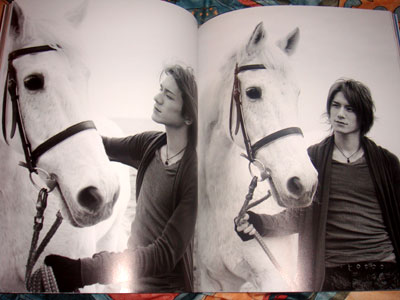 And Takki in the black suit wa kakkoii~~ keep staring at his chain and the unbuttoned top lol! ^_^ 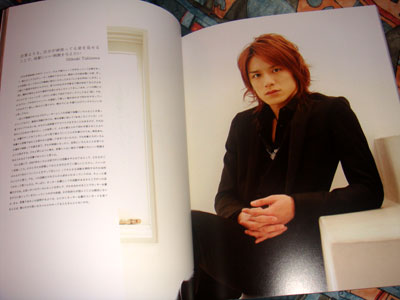 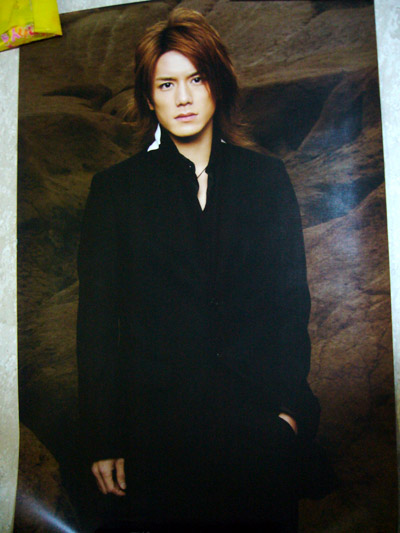 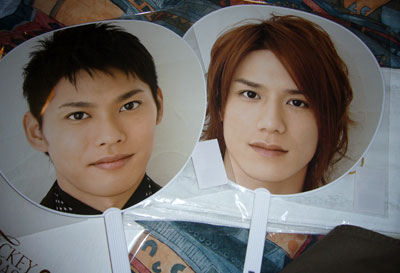 Original Photosets
Kakkoii~ I love all the “outdoor” shots, with grass backgrounds… makes them look really really fresh! and whatever both of them were wearing made them look happy and cheerful! So pretty!! ^^ 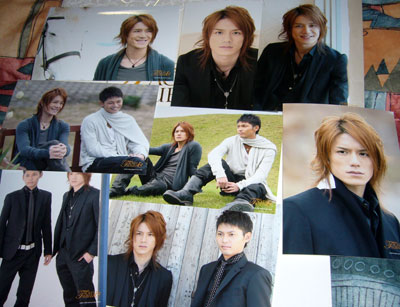 Mirrors
Just a simple mirror, one side with the T&T concert logo and the other side the mirror. It was padded though, something I didn’t expect. This was sold out on the 2nd day.

(This pic is taken from Y!A Japan as I do not have my mirror with me now~)

Penlight
Bonnie commented they look like popsicles lol~ Honto ni… it’s just a rectangular piece on top, and the light only seem to appear somewhere at the bottom. It’s white light only — so I was happy hehehe.

(This pic is taken from Y!A Japan too as I do not have my penlight with me now~)

Towel
I like it. It’s simple and elegant with just the concert logo in the middle in gold, and the flower trimmings at the side (just like the pamphlet cover and the other goods in general~ ^^).

I LOVE THE GOODS THIS TIME!!

Was kinda expecting the worse since I knew Takki cut his hair only AFTER the photoshoot… so I was expecting a rebonded look, but it was totally NOT like that at all! No rebonded look~ instead his hair looked so good!!!! And HE looks so good! It’s nothing like the Best album boxy fonts as well. Though the logo was simple, it was stylish and elegant looking ^_^

After the goods-buying session, it was 11plus already, and fortunately we had Leli *hugs* coz we left all our congoods in her hotel room before proceeding for the con! With the amount we were carrying, it’s definitely not possible to place them under/in front of our seats!

Ahh… Okay, so con report is next? Ne, gimme some time to write the reports hehe ^^ It’s kinda confusing, can’t remember which show was it that whatever happened etc etc… Almost all the shows were different~ I can’t remember a lot of things already though I can write a few pages of report JUST on Kimagure JET alone lol~ Mid-term test was alright this morning, but I’ve got class again tomorrow lol~ I wished I have more time for everything~~