Know what? I zenzen cannot concentrate on work OR studying!!! So… I’ve started on writing about this trip instead. Actually, I realised that I haven’t even written about Ikejiriohashi and JFC from the Enbujou’07 in July! *hides* But heck, I’ll strike when the iron is hot, when it’s still fresh in my mind :D

Fortunately 12/20 was a public holiday in Singapore, so I had time to pack and do some last minute googling of maps and directions. Also managed to sleep for 3 hours before heading to the airport. Our flight was at 6am. For the first time, I slept for a while on the plane… probably for about 1 hr while watching Ratatouille? The turbulence was making me giddy… We reached Narita airport at about 2pm, and roamed around the airport mall for a while. I bought a fleece jacket from Uniqlo, and had an Ebi burger at Macs. 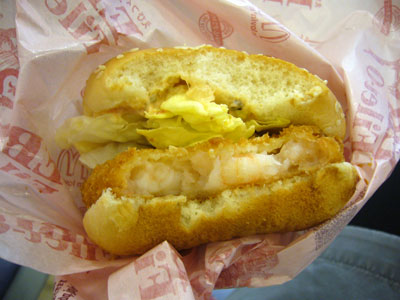 Then we proceeded to the Meeting Pt to wait for Bonnie :) Stephie brought her laptop along so we were watching a bit of Yakusoku ~ Flowers Song ~ (none of us expected that T&T would be singing Yakusoku at the shows!). I stupidly din write down the flight no. of Bonnie’s so wasn’t really sure when her flight was arriving. Fortunately I decided to get a drink from an express bar (that was about 5 pm?), and on the way there, I saw a familiar blue sweatshirt hehehe.. and there Bonnie was, waiting with her luggage!! :-) We proceeded to the hotel, a 2 hour ride via JR~ Of course, we had to carry our luggage down and up flights of stairs! *sweats*

After checking in, we saw MSSP on TV! When T&T appeared, Stephie & I screamed!!! It was kinda out of no-where coz we didn’t hear the announcement at all that they’d be on… so I took the lift down to Bonnie’s room, and watched SAMURAI there kekekeke… All I remember was T&T being very high up on a platform… and whatever Takki was wearing was kakkoii!! The performance was really cool!! And at the end, he was bowing to the audience halfway when the director cut it for commercial break *curses the director*

We then went to a nearby Ramen place for dinner. I had their special ramen, can’t remember the name of it, but it costs 780yen~ Oishikatta!!! I finished everything LOL! There were 2 guys at the counter who were quite cute too kekekeke… 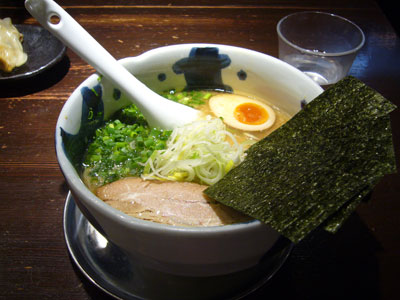 Anyway, we had to prepare for tomorrow’s Johnny shopping, so we had a relatively early night (compared to the other nights) :)

We always took longer to get ready than Bonnie~ (honto ni gomen!) and reached the Johnnys shop at Harajuku only at 9.30am. The shop opens at 10am but there was already a long queue and we took a card from the staff that says 11.00am. So we went to have breakfast – McGriddles with sausage and egg – at Macs @ Takeshita Dori. The coffee was terrible lol~ We went back and queued to get into the shop~ It was windy and raining so Stephie and I were kinda freezing (both of us coming from the all-year-summer Singapore). Bonnie seemed totally alright with the temperature hehe…

The layout of the Johnnys shop has changed. Now both first floors and basements have exactly the same things — this is probably to accomodate more people. I only bought a penlight (from Dame con) and 1 photo (from Dame PV shoot) this time. Actually I’m still not sure if I already have that one photo lol~~ I need to go back and check it again soon haha.

Next stop was the dafuyas @ Takeshita Dori. We visited all of them and I surprisingly only got myself 14 photos — a mixture of 24hr tv shots, some old concert shots, and some *cough* paparazzi shots :D

I bought my winter jacket as well (it’s like 1/3 the price of winter jackets which are sold in Singapore), and splurged more on Fancl products *again! i know* then we headed to Shibuya for the Johnnys Family Club.

Outside the FC, there was a really pretty christmas tree with all the group names on it. And inside it, there were ALOT of people!! It’s packed like sardines! And we stayed there for about an hour or two to catch the videos! Takki’s video with his special dance unit was CHOU KAKKKOII!!!! There was a part where he just looked at the camera for a few seconds without saying anything…. HONTO NI KAKKOII!!!! This is just a screenshot of it :D 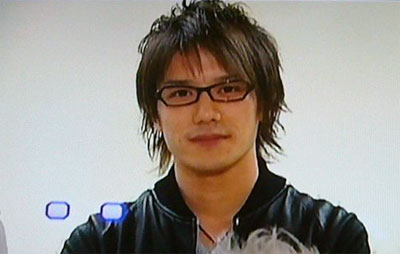 The T&T VTR is the same one that Naughtiest took in November. And they were playing SO MANY (like REALLY MANY MANY MANY) Takitsuba Best Album CMs one after another that everyone grumbled when the next one played… Even T&T fans were amused and couldn’t stop laughing at how many times Avex/FC must repeat it! LOL!!

The christmas messages were still there~ Takki and his “Grinch” snowman, “Fly” Anpanman and “Donkey” reindeer. 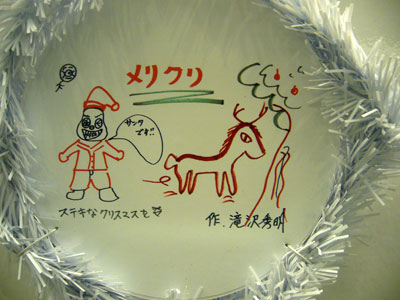 And Tsubasa’s drawing of “Tacchi” and writings in romaji. 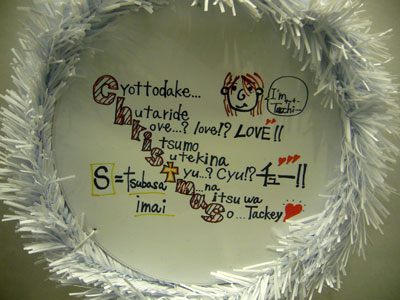 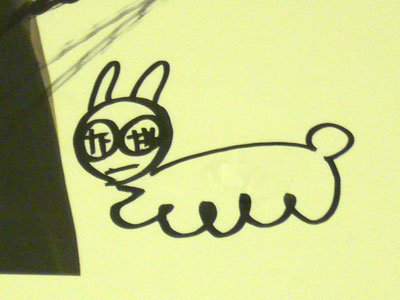 Then it was time for the FC to close, so the staff chased everyone out, and I managed to take a shot of the FC when it’s empty :) 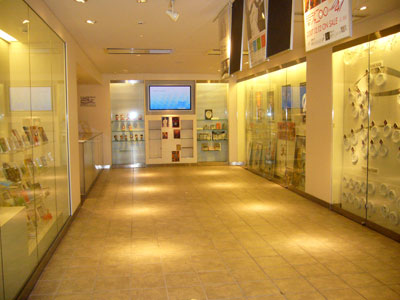 Then we proceeded to Ikejiriohashi which was only a stop away from Shibuya. Once we exited from the station, the fruit shop was already in sight. This is of course where Takki came to take pictures for his photobook for the T&T 07-08 calendar. I came here before in July, so I was sure of the way. It is easy to find anyway~ lol~ and the obasan & ojisan at the senbei shop were again really really nice to us!! They gave us free senbei and told us which one Takki bought lol~ :-) The T&T calendar was still hung on the wall… Actually even before we asked anything, the ojisan said “Takki?” *LOL* (sou, we DO look like fangirls anyway!! ^^) 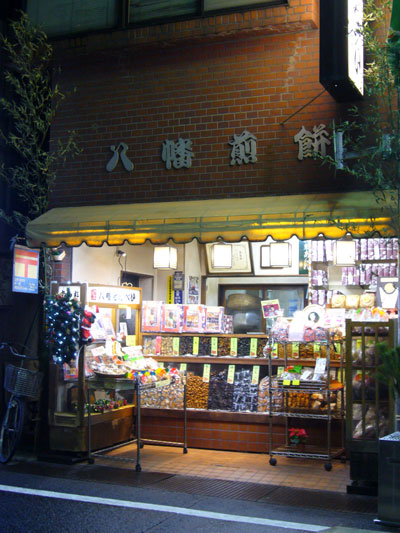 The playground wasn’t lighted so our pictures came out really dark (when I finally get to do my post for the July trip, I’ll post those photos of the playground up hehe~). Then we proceeded for dinner at the ramen shop. We wanted to sit upstairs but the shop owner told us that the upstairs is closed. Then we were like “…” and the shop owner asked us, “Takki?” (AGAIN!) LOL~ we admitted, and he let us upstairs… Just us! He told us which table was it that Takki sat etc etc.. and said that a fan from Kyushuu also came this morning~ ^^ 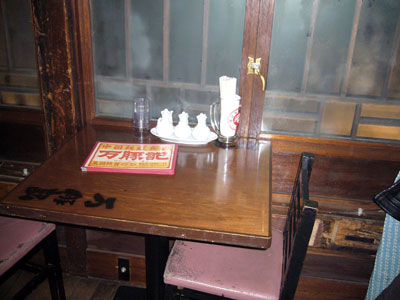 So we felt like VIPs who booked the entire second floor lol~ We did crazy things there (like the chopsticks pose and what nots LOL), but REALLY, the food there wa OISHIKATTA!!!! We had the miso soup that Takki ate (specially made for us~ ^^). And the gyoza was soooo nice that we ordered 5 pcs more each! LOL! 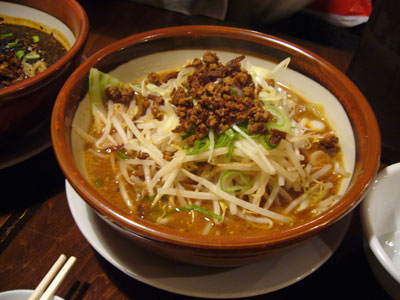 Later that night, Bonnie & I met up with Snuffles and Loracyn to get our tix from her. OMG that station near Snuffles’ place was freeeeeezing!! It was raining and the wind was blowing too, and we had to wait some time for the next train. That was when I really started to tremble a bit so I got myself some hot drink from the vending machine… That about concluded the 2nd day of this trip lol~