Iya, it was a last minute decision, and we bought our air tickets to Japan only a few days before the event. It’s such a short trip yo~ I really miss Takki so much now!!! I’ll talk about the event venue and goods first ne, and then the event itself in another post… coz I need time to recap haha…

It took us a long time to get inside the arena, as the queue went round the outside of the arena to the back of the building, and then to the 2nd level and back to the entrance where we could get our tickets. It was a torture queuing under the hot sun. And by the time we got inside the arena, we had to rush to our seats.

We were handed a Tackey Resort towel each at the entrance. It has the Tackey Summer Concert 2010 logo in the middle and loads of Takiranger helmets printed as a background in pink. At first I was wondering if this would also be sold at the concert as goods, but when I saw the “建設中” words printed below the logo, I think this is only for the event! o(^.^)v

The towel is quite thick and big. You can compare the size to the kachuusha (hairband). And btw, I tested my stamina (and failed badly lol~) when we ran through two streets at night because big-head-prawn me left my towel and kachuusha at the restaurant. I’m really dame at running, but I think I ran quite a lot more than I usually could. All for this dear towel mwahahaha~

Back to the arena, there is a “Tacky’s Costume Collection” LOL… Quite amazing how they can always get the “Tackey” spelt wrongly! >.< But I know that some fans have already written in to the concert office to inform them of this. I hope it’ll be fixed before the actual concerts! 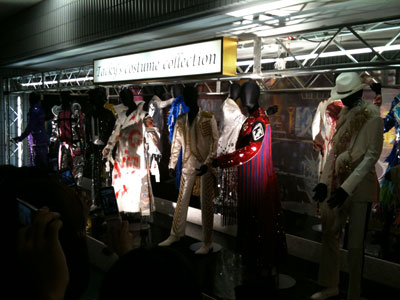 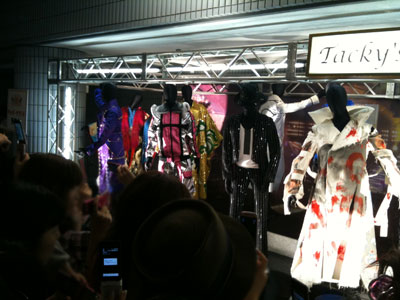 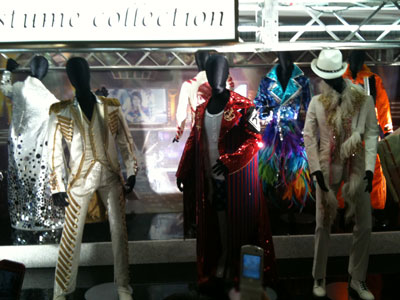 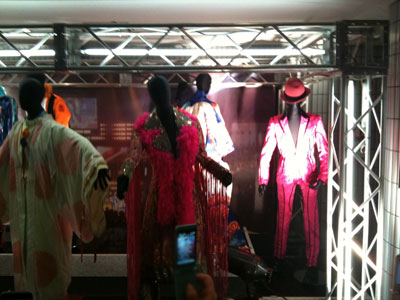 As you can see, they are costumes worn during concerts over the years. I couldn’t get good shots at all with the heads in front and everyone squeezing to take pics. I didn’t have time to squeeze to the front, so I just held up my phone high and took random shots lol.