We met Nyanco at Osaka station, and took the JR Osaka Loop service to Kyoto station. By then, it was lunch time. And Nyanco’s mom made bento for us! ^^ It’s the first time eating homemade food in Japan and it was oishii~ :D 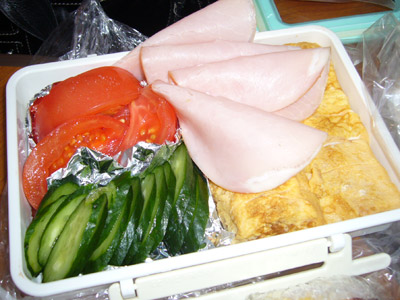 We bought a one-day bus pass for 500yen, since we can complete our entire trip in Kyoto by bus. I did some tourist-y things and took photos of Kyoto Tower, the Kyoto station sign, and… a tree LOL. 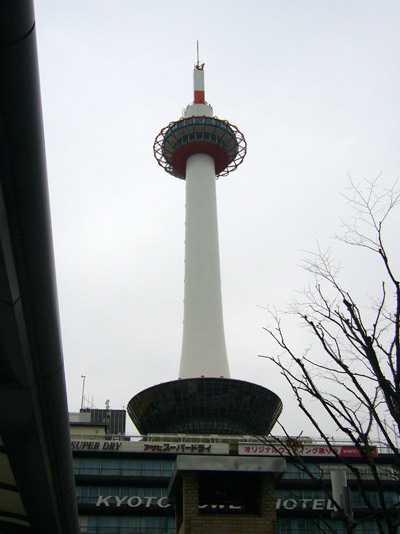 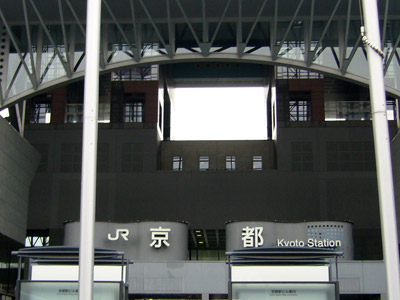 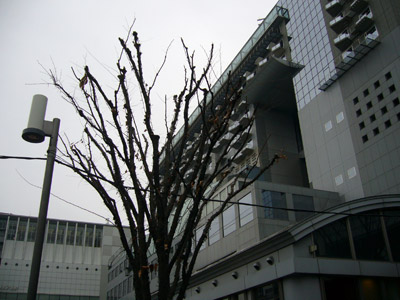 Our first stop was Sanjusangendo. If you’ve seen our Part 1 subs for NHK Studio Park 2005.12.10, this place is a national treasure, and the Yoshitsune staff did a lot to get approval for filming. It was that one and only scene which Takki had with Watari Tetsuya-san, and he was so nervous that he NG-ed :D

We took a walk outside and around the hall. It was pretty~~ 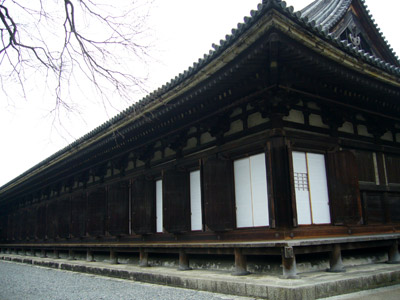 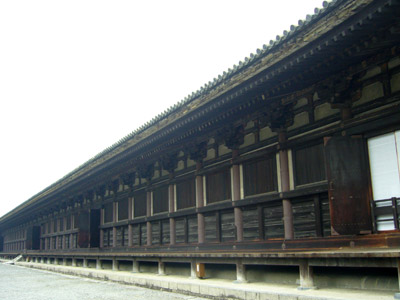 There was a lonely tree which was tilting towards the hall. I love that image a lot~ 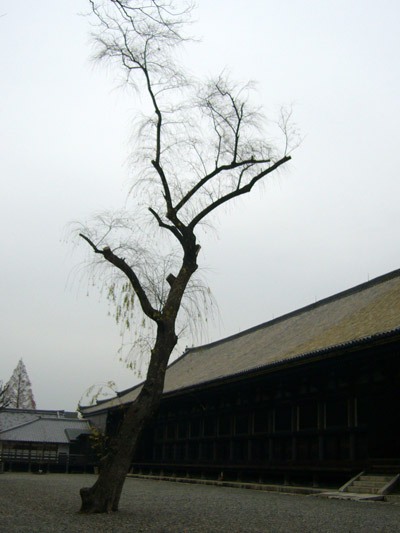 I dunno why, but I love taking pics of trees against the sky during winter. Somehow I like the colors (or lack of). I have similar photos from my trip to Korea 3 years ago, and to Hachioji more than a year back. 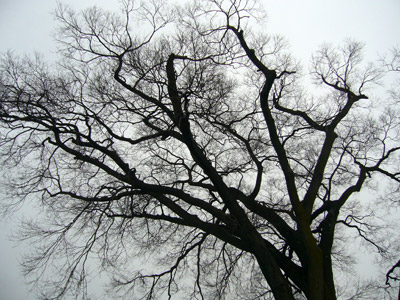 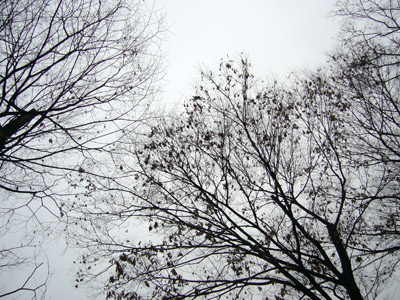 We had to take off our shoes, and wear the provided slippers inside the hall. Photography isn’t allowed in there. It was such a holy place~ while we walk, our right is filled with statues. It was dark… You can offer your wishes or donations at some point, and you can read the descriptions of each statue too. The floor crept while we walked. It was really SUGOI! We learnt a bit of history as well. The structure was built in such a way that it can withstand earthquakes etc… Originally, the tiles of the hall were bright orange, but over hundreds of years, the colour have faded to brown/black.

And the ceiling. At one portion of the hall, the flower markings were still visible. When Azuki & I looked up at it, I was awed… Wow~ really sugoi! Then we came to the largest statue, where Watari Tetsuya-san (as Kiyomori-sama) stood, and we knew straightaway where Takki stood :) We started imagining how the filming took place, if they opened the doors just for filming, if they had to keep their volume down that day… etc etc. I think Takki himself must be awed by the atmosphere.

After we’re dong with the viewing of the hall, all I knew was… It was FREEZING! I remember, the water I used to wash my hands was as cold as ice!! It turned my hands numb immediately. And Kat also had an incident with the heater. But it was really a great experience. We left that place feeling really “spiritual” :D

It started to rain. We took the bus again and wanted to try getting to Gojo Bridge (where Yoshitsune and Shanao met). But a lady told us it was quite far, so we decided to give it a miss (for now, and maybe go back later~ which we didn’t lol~), and head for the famous Kiyomizudera.

We took a short cut, walking along a quiet omiyage street. And finally got to Kiyomizudera. Azuki has been there twice before, and Nyanco many times. So it was only Kat’s and my first visit there. We took many photos… 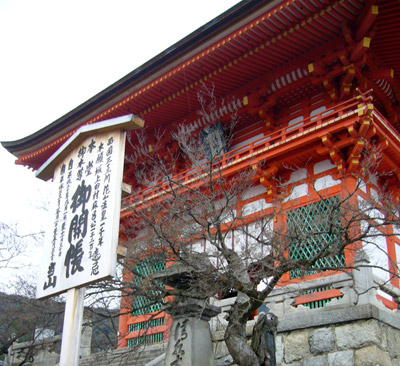 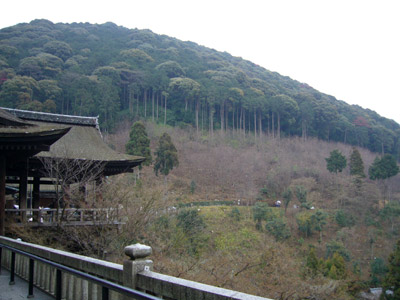 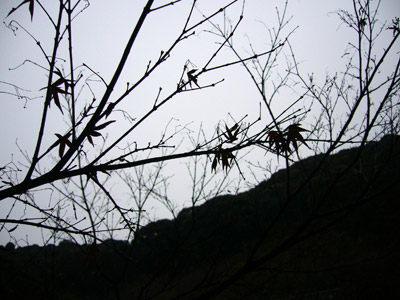 …and did many crazy poses too! LOL (There’s a REALLY FUNNY shot of me & azuki in matrix-like midway-through-action scene~) That got us laughing like crazy!! XD Kat & Azuki also went and tried the “Lovers Stone” challenge XD I… I didn’t dare to take the challenge. 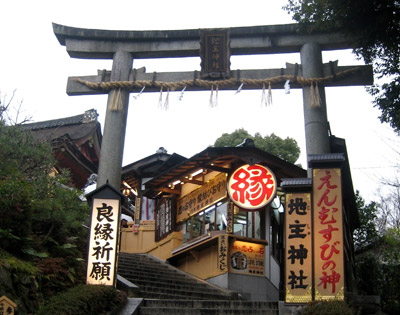 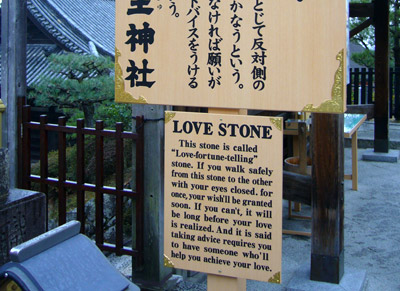 I also used a hair dryer (meant for drying calligraphy ink/paper) to warm up my hands coz I was freezing XDAnd the toilet there was… maybe the dirtiest I’ve ever been to in Japan? Haha~ I had to hold my breath while using it, but Nyanco gave up lol. Anyway, I wish I can go back to Kiyomizudera next time, during spring or autumn. The trees are mostly bare in winter… 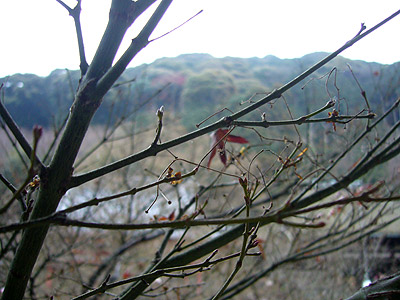 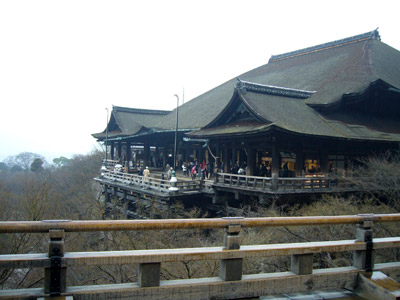 After this, we decided to head for the Fire Ramen place, which T&T went to last year, during Best Tour. Anyway, we had to call the shop coz we weren’t sure where it was. We took a bus again, and walked for a distance. It was still raining.

The owner must have found us really weird… He seem to only know a few lines of English, but asked us where we were from. I went to the toilet, and when I came out, the girls were already seated at the counter. There was an internal joke, that the ugliest will sit right at the end… They were pushing me to sit there. I didn’t mind, but ended up not sitting there. Man… I SHOULD have sat at the end, coz that was where Takki…’s manager-san sat! LOL… Kat was lucky this time, she got Takki’s seat!! *sulks* Nyanco = Tsu, Mich = Tsu’s manager, Kat = Takki, Azuki = Takki’s manager. When the owner found out we were fans, he told us where Takki and Tsubasa sat. And straightaway, Nyanco “flew” out of her chair and scrambled towards Kat. I heard a loud and high-pitched SCREAM (from Kat of course! LOL!)…

That’s another proof of how fated I am with Tsubasa (more than Takki lol~). Anyway, customers having the famous fire negi ramen have to sit at the counter, wear a paper apron and tie up their fringes. Needless to say, all of us chose the yellow rubberband~ ^^ And I have to agree with the other fans and ask the same question, “Why didn’t Takki choose pink?” LOL~ We all tied our fringes up like a samurai topknot~ and wore the paper aprons. Whatever Takki did, we’ll also do LOL. 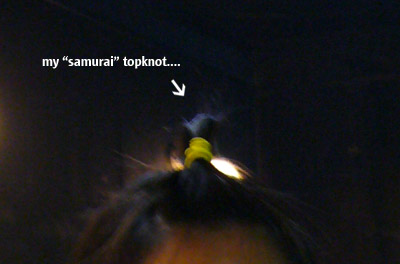 The boss had to give us instructions, so he was like speaking in Japanese, and holding up huge cards with English instructions printed on it!! Bwahahaha! It was SO FUNNY, we were laughing like crazy~

I think he said that it was Tsubasa who walked into the shop first last year, but he didn’t recognise him at first lol. Then Takki came in :) He said Takki-san was beautiful~ XD He also asked us whose fans we were, and we all said “Takki”, that we came to watch his butai in Tokyo. He said we were all “aho”, and Azuki’s the “ichiban aho” one coz she comes from Spain (the furthest!) LOL~ he’s a really funny guy and very friendly too XD

And the FIRE itself was SUGOI ne…. This was how the ramen looked like at first: 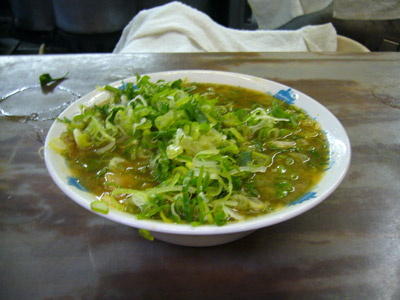 When he sat the ramen on fire, the fire almost hit the ceiling, and we could feel the heat!!! We were leaning back to the best we can. I could have done an arch… but one of his instructions was “Don’t run away” LOL… So I stayed in my seat. Actually, in the instructions, it was written something like “Don’t scream” too~ but it was so sugoi that we were just going “WAAAAHHHHHHHH” when the fire was lit. Needless to say, after that, my face was RED!

And this was how the ramen & table looked like after the fire thing! 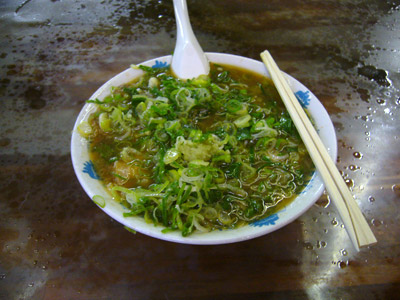 It was really really fun that night at the Ramen shop. We had to take photos and do the baka pose for the shop owner. When we saw our own photos, we laughed. We look really BAKA and… KOWAIIII… hahahaha…. I think Nyanco and Kat didn’t really like the ramen, but Azuki and I LOVED it!! It was very tasty~ and I love the char siew and negi hehe… Both of us finished ours really fast… Gochisousama! 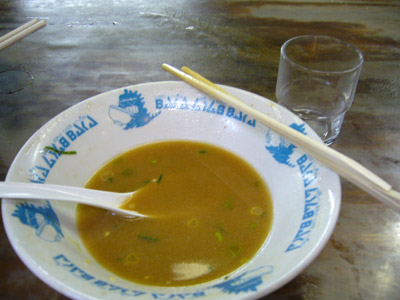 It was still raining when we left Kyoto… Yea, raining the whole day ne… Azuki took a pic of me and my bus ticket LOL. I’m posting this only coz it’s not showing much of my face hahaha (thanks to the mask~ ^^)…. 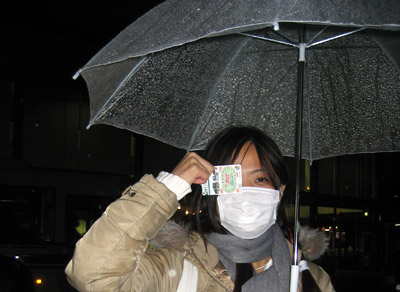 On the train back, we had a little photo session with Takki doll and Hidezo again. Yes, I finally got my Hidezo today!! XD 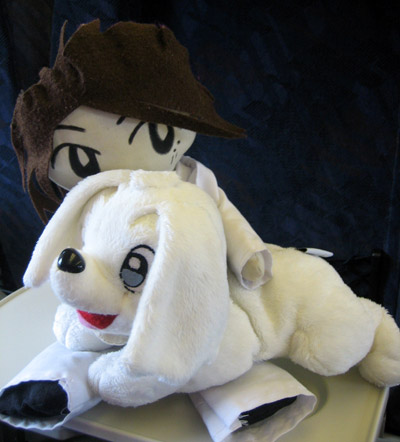 After dinner, we headed back to our hotel room, and decided to go for another round of onsen. Azuki & I did a “Yukichan” wings-flapping (Sagi Musume) thing. Lol~ We were really really crazy ne~~

As they alternate the baths for girls and guys every day, we got to use a different bath. This time there wasn’t any “solo jacuzzi bath”, but there was a huge “pipe” where water just falls down onto your shoulders. *KIMOCHI II* Before I tried that, Kat & I were in a small “pool” which had a super powerful “jacuzzi jet”. Kat suddenly pressed the “ON” button, and without warning, ALL the water jets came rushing out, and I got swept over to the other end of the pool LOL. It was so funny, but really fun! Oh yes, the previous night, I forgot to mention that, my hair took the longest to dry, so Azuki and Kat were helping me dry my hair after the onsen – 3 hair dryers on me LOL. It was quite an experience… 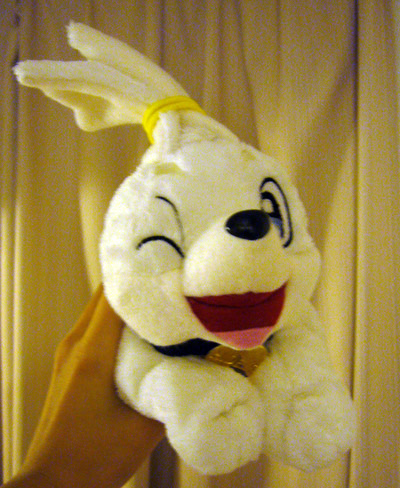 * Some photos in this post are taken by Azuki :)