Back to January this year again lol~

We left the hotel after breakfast, for Ryogoku, to visit the Edo-Tokyo Museum that my colleague recommended me to go. 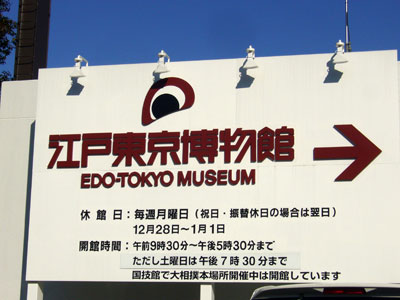 There was a 600yen fee to enter the permanent exhibition, and we took a long escalator up to the 6th floor or something. And at the "nihonbashi" bridge which is like the gateway to the Edo world, there was an information signboard with an introduction of Edo-Tokyo in English. 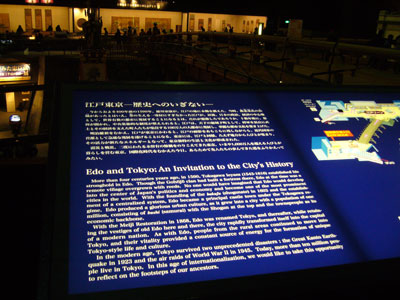 The entire place was dimly-litted so it was tough to take photos in there. I didn't like to use the flash in there as the pictures turn out bad. So these photos here were taken with the night mode. There were sections where photo-taking weren't allowed. Apart from buildings and people, there were also objects used in the ancient times on display in the glass windows.

Here are just some of the exhibitions across the nihonbashi replica bridge. 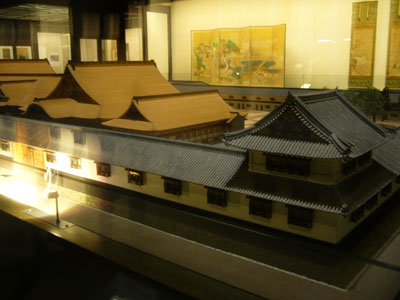 A cross section of a household. 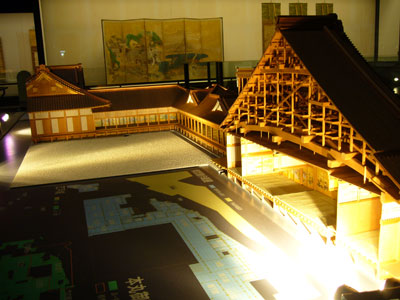 Models of the street, buildings and people of that period. 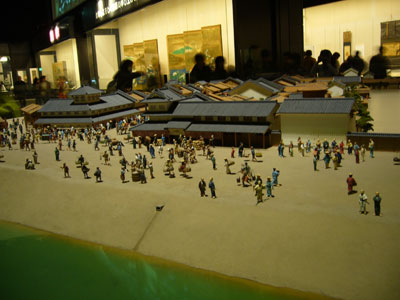 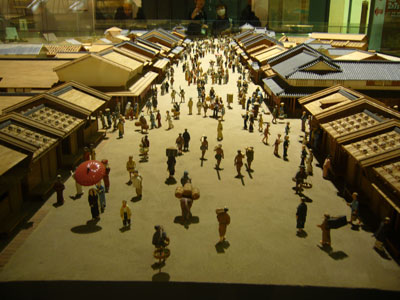 Then we went down to the 5th floor, and there was a large-scale Kabuki (Nakamura) theatre on one side. This side of the exhibition was on the Edo period, and there were many rooms showing different aspects of life back then. One room was on theatre and geisha, and how the rotation of the stage was done manually by people below the stage… Another showed daily life, childbirth during that period, etc.

Then the other side of the Kabuki theatre was the "Tokyo zone", showing the conversion from Edo to Tokyo. There was a large newspaper publishing building, and rickshaws, bicycles etc that you can sit on to take photos. The buildings and structures here were more modern, with western influences. This is the Ryounkaku. 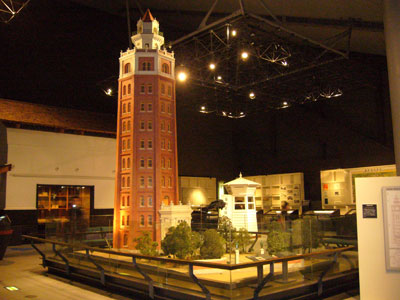 There was also the Ginza brick town. 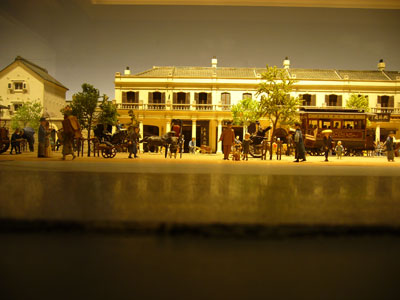 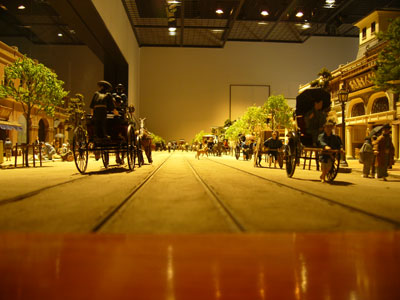 We left the museum and headed for Asakusa. Upon reaching Asakusa station, we were hungry, and randomly chose a restaurant for lunch. We ended up in an Izakaya, and the food there was great (and cheap). 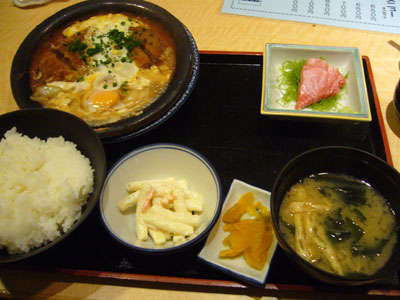 After lunch, we visited the Sensoji (Asakusa Kannon Temple). We definitely had to take a picture standing in front of the Kaminarimon (Thunder gate). And then we started shopping at Nakamise, the shopping street. 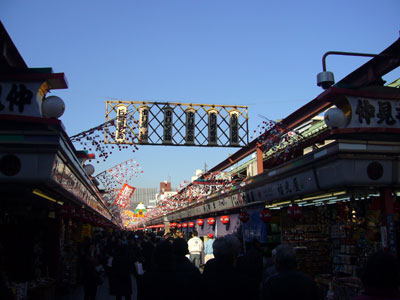 There were so many souvenirs there that we spent the most time in the shops chosing handphone straps and keychains for our colleagues and relatives.

And then we got to the main hall. The exterior was under construction but there was a nice dragon painting on it so it didn't look so bad. 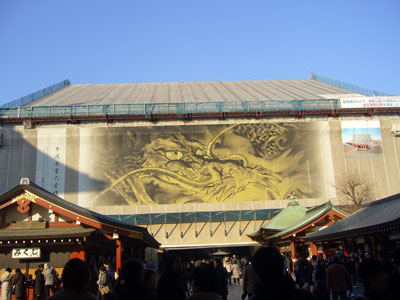 However, we didn't go inside the temple. We just took pictures of the shrine next to it, this olden days huge shoe thingie, and some of the food shops, and decided to head back. Along the way, we saw a pair of huge white dogs. 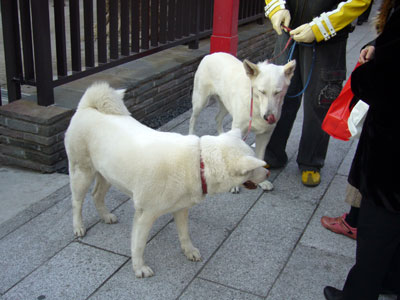 My brother's face got hit by a white pigeon too, so he was searching for that pigeon along the way back lol.

And then it was time to head for Takizawa Kakumei. My parents were to return to Ikebukuro for dinner and then back to the hotel by themselves. I had to make sure that Mom & Dad knew the way back by testing them the previous days LOL… But we still sent them to the correct platform first, before taking the other line to Yurakucho. And Dad called us to let us know they reached the hotel safely. So that we wouldn't worry :)

After the show that night, we three took the subway back to Ikebukuro and had dinner at Yamachan! I ordered my favourite maguro nattou. 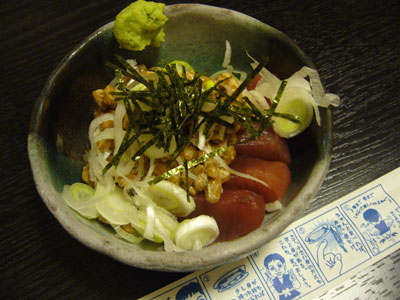 My brothers had yakisoba and fried rice. They tasted good too! 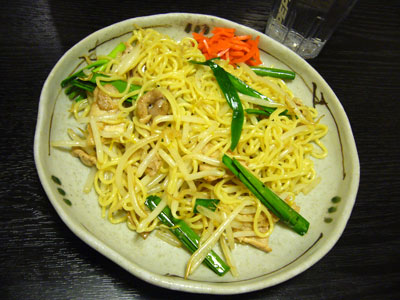 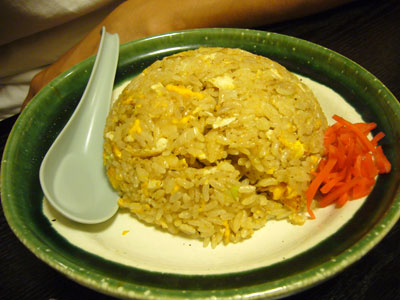 We ordered vinegared mackeral (I think) as well. 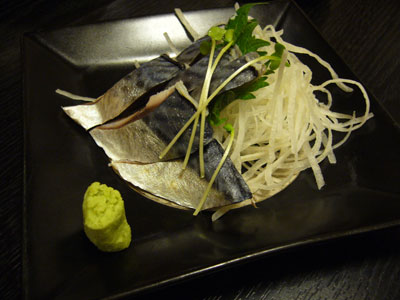 Then we "dabao" their famous tebasaki (fried chicken wings) again. We brought them into our parents room and ate them there. lol.. 5 people in the same room. Fortunately the room was large enough… And then we went back to our room and my bros started packing… I went to bed first, slept for about 3 hours, then got up at 4am to pack my luggage.