I was too happy when I got my discs… that I wanted to watch them immediately. Hence, I just took a quick shot of everything with my cellphone camera — which means the quality of the image below is bad. Sorry. 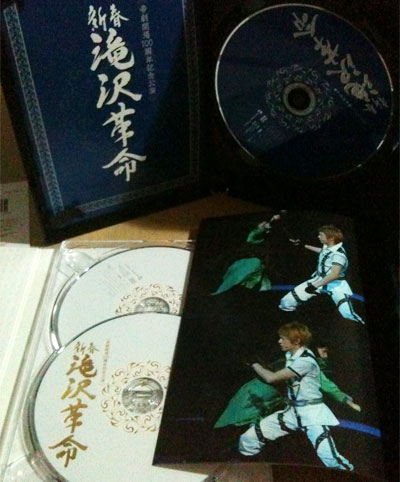 The bonus booklet in the Limited Edition (LE) is fully on Tono! 36 pages from “SHOW” all the way till “Ai Kakumei (ending version)”. I love the above pics coz he looked so kakkoii even in motion!! That’s of course my favourite outfit from the show! The booklet can be fitted nicely into the pocket on the left side of the discs. The discs are white with gold designs in the middle, like its cover. Simple, but pretty IMO!

The Regular Edition (RE) has, like its cover as well, blue discs with white prints in the middle. And although it’s only a minute detail, I noticed the buttons where you ‘press to release the discs’ are flower-shaped.

I was surprised to see English “copyright/warning” message at the beginning of the discs. I have the impression that they’re usually only in Japanese? Anyway, juz wanna say, nothing beats watching Kakumei LIVE!! But here are still my random thoughts… 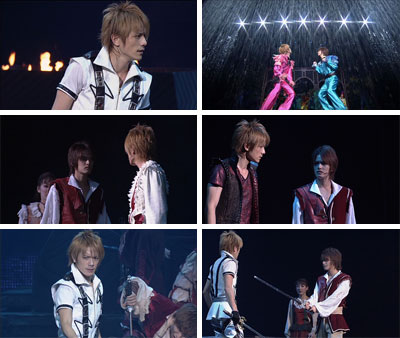 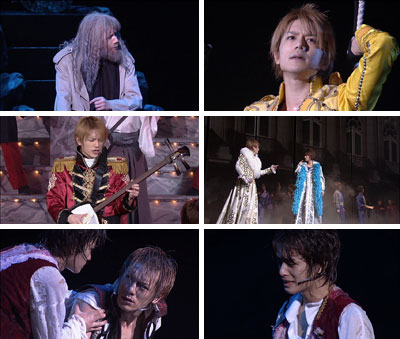 Disc 2 – Senshuuraku footage
(Found only in RE version) 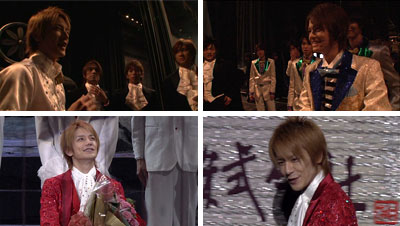 Sorry for the randomness! And excessive fangirlish gibberish~ It’s a pity that there isn’t a full behind-the-scenes documentary on this production. It would have been perfect… But I shouldn’t even be complaining. I’m already very very happy that we got a DVD for this! (^-^)v