These are the additional shows for the Dame Tour 2007. However, since the costumes, songs lists, sets, and concert goods are quite different, I’ve decided to have them on a separate page ^^;

The pamphlet is really special and pretty. One side is black, the other is white. The theme is black vs white. If you put 2 pamphlets side by side, it forms a “T&T”. 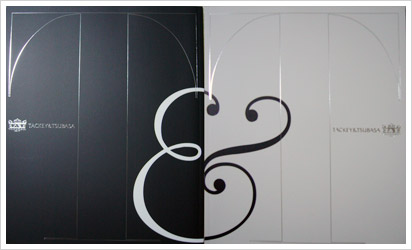 The inner pages are really pretty too~ It has a pull-out middle section, with many Takkis and Tsubasa in white and black! I love Takki in white~ like a prince charming hehe… 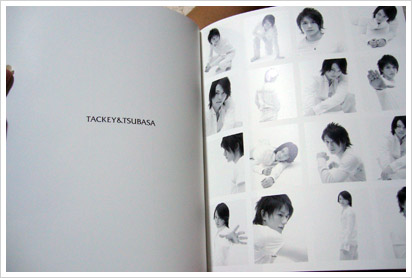 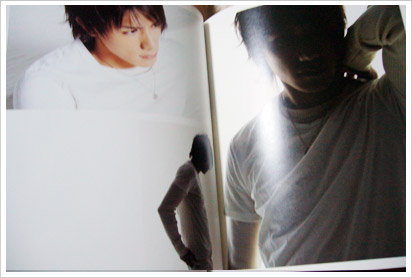 The clear folders this time are really really pretty! 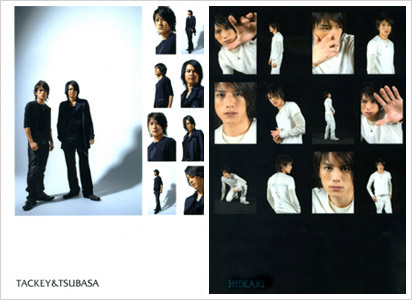 Tackey & Tsubasa announced during the show that they’ll be hosting the 24hr TV for 2007. They also mentioned that there will be a Best Album released in September, along with a DVD for this concert!!

*Koi Yo is a song that T&T sang together 7-8 years ago. This time when they sang it, there was a VTR playing on the big screens, showing their junior moments. Takki performed SADAME for the first time (biceps-squeezing song? hehehe~), and he also sang Ki.se.ki. live with piano accompliment. It has a very different feel from the original song, using falcetto in the first chorus. I love this piano version so much!! Ahhh~~~ Can’t wait for the DVD to be released!! This concert has been included in the T&T Premium Live DVD – Disc 2 of Jackets A & B! 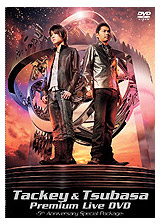 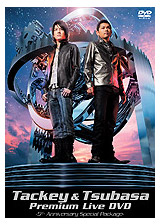