This is a continuation from Part 2. 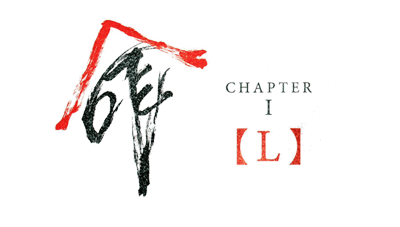 Noren
At the entrance of my dressing room, I’ve always been hanging this noren* which was given to me by Mori Mitsuko-san back when I did the stage play “Mask”. This noren has a pink base, and white wordings “Takizawa Hideaki-sama from Mori-Mitsuko” and I’ve already been using it for more than 10 years.

* noren: traditional Japanese fabric dividers, which usually have one or more vertical slits cut from the bottom to nearly the top of the fabric, allowing for easier passage or viewing.

Rehearsals
Rehearsals time is a very important time. Including cast members who are non-Johnnys, after the actual shows start, the chances of talking to fellow cast members will be greatly reduced yo. That’s why, during the rehearsals, as much as possible, I want to establish private communication. When I’m challenging something difficult, when I’m about to try something new, such communication is important. And when something unexpected happens, instantaneous team work becomes more important than anything else. That’s why rehearsals time are important, not only for rehearsing the acting and movements, but also very important time for creating “an invisible bond”.

(Mich: I’ve seen ~with my own eyes~ how important this bond came into play during Enbujo’09 when there were some “mishaps” during the performance. The way the team reacted, in a matter of seconds, was amazing!)

Intermission
It’s somewhat impossible to rest! It’s nothing but the start of the preparation for Act 2 ne. In the previous Enbujo, the last scene of Act 1 was a rain scene, so this would be a time to dry my hair, touch up the make-up, and change costumes. While doing all these, the staff will report to me the timing misses in Act 1, including the small misses or changes etc. Although there are many things that made me go “Eh, such a thing happened?”, many of which aren’t really directly related to me, but every such thing that happened on stage has to be reported to the zachou. By doing all these things, 30 minutes will be gone in a flash. 5 minutes before the next Act begins, I must already standby on stage. And you guys are over there eating your bentos, and reading this pamphlet after the food! Right now is just about the time I’m changing my costume (laughs).

Senshuuraku*
In some way, to the cast and staff, it’s perhaps like the completion of a job. Although we’re doing the same performance, it’s like… the mood is slightly different from the usual. And, in the world of theatre, this thing called senshuuraku is such that, it’s OK even if we play petty pranks, something which can’t be done usually. And the supporting cast members are free to do as they please… such conventional practices do exist. In the past, such things happened yo. During a scene where I was asked by a JAE (Japan Action Enterprise) cast, “Where did Saburo go?”, I tried pointing to a different direction from the usual. He said, “Ah, Uuu… Oh, oh I see!”. This JAE-san was behaving a bit suspiciously (laughs). There were also pranks that were prepared by the staff. In “Taki no Shiraito”, there’s a scene where blood will splatter all over the shoji*. Only during the senshuuraku show, the words “Takki” in blood rose to the surface. I didn’t know about it and was shocked. The audience were delighted. Usually I’d say the dialogue in a cool way, “geinin tamashii, koko ni ari!”* but this day, I said it with a grin on my face while thinking “Wah~ I was deceived~” (laughs).

* senshuuraku: the final show
* shoji: paper sliding door
* geinin tamashii, koko ni ari: this is the showmanship/spirit of a performer!

Company
Whether they’re the chibi Jrs. or veterans, all the cast members are equally important partners. It doesn’t matter whether or not one has experience, I’d prefer everyone to have professional sense when standing on the same stage. This time I’m thinking of creating an exciting atmosphere. I’ve said it before during conversations, but I hope that everyone will be well-aware of their own roles. From the two previous Enbujo’s harmonious ambiance, this time if we can more firmly penetrate and create a mature ambiance, I think it’d be great na.

Ginza
If you think about the time spent starting from rehearsals, it’s certainly a long period spent around the Ginza streets, but I never have meals in Ginza ne. Coz it’s expensive (laughs). If you talk about Ginza, you know I have the impression that it’s a street suitable for mature ladies ne.

Souvenirs
Souvenirs are fun ne. This time, I also went to many souvenir shops in Itsukushima. Because I’m interested in japanese-styled (things), it was especially enjoyable ne. I was having thoughts like “we usually do not carry such stuff around na~” while looking at things like (silk) crepe bags. Also, it seems like Miyajima is famous for the wooden ladle, there were wooden ladles of all sizes lined up na. Next time, how about having wooden ladles as goods? (laughs).

(Mich: When I went to Miyajima with Azuki & Kat earlier this year, we saw many of these wooden ladles, and I even took a picture with a huge one lol~)

Folding Fan
There are a few goods that have been made for Enbujo, but in particular, the folding fan holds a special place in my heart. It was made for the first time during the previous Enbujo (2007), many of the audience were delighted about it, and we received many feedback on it. I also properly took out my money to buy them for myself to use, and also to give to the cast members as presents. Of course this time too, it has been made (as a butai goods) yo. As for where to add the logo of the subtitle 「命 LOVE」… I’ve also thought quite hard about it.

Work
I’m one who feels that work has to be done together with others (as a team). During off days when I’m working on Enbujo preparations, I was told, “This isn’t an off day” (laughs). Work day = work that’s presented on the front, Off day = work behind the scenes… perhaps this is the kind of feeling I have. That’s why, on off days, I’ll spend the entire day at home thinking about projects and concepts, and sending them off to staff-san, then have discussions by phone or email. Come to think of it, all that’s on my desk are work-related stuff. The Enbujo folding fan is one of the items that will eventually be there naa (laughs).

Love
The love that I desire differs with each situation ne. If it’s the period when I’m doing Enbujo, if the audience can see the bonding love between cast members, and think “this year’s team is great na”, to be able to become a team which is well-loved, I’d be supremely happy. If it’s romantic love, honestly, I do not need it at this time. When I think about things like the environment I’m in or the (lack of) time, I’m not 100% confident that I can deal with romance. But I do not want to lose the feeling of giving love or feeling love ne. I think that the feeling of falling in love is really beautiful. It can make me feel like improving myself, and that result can be glorious.

Possession
To have a relationship with girls who are possessive, is probably tough ne. I think if a girl forces her philosophy of love onto the guy, she does not truly love her partner. If she treats her man’s work or friends as if they belong to her, that isn’t love. To be able to understand her partner’s environment, situation, and feelings, for e.g. to support him when he’s having a hard time… that is perhaps true love, isn’t it. For me, I will not place restrictions… I think (laughs).

Life
A word with huge grandiosity, and can’t be reworded. Whether it’s animals or plants, insects or human beings, in whichever period of time, it’s something which everyone has only one, equally. The absolute centre, the Bull’s Eye in darts… it has such an image.

Bond
This is something that this Enbujo definitely needs. Especially when it comes to Yoshitsune in Act 2 – the relationship between lord and vassals, this bond certainly has to expressed ne. But this cannot be conveyed solely through acting skills. That’s why usually too, I don’t want to associate on the surface, but be connected in our hearts. If this (bonding) is done usually, in an extreme case, for example even if we do not act, such a bond will still show up in the front ne. That’s why, we usually go for meals together, and during those times, we talk to each other about what we’re feeling, etc. Maybe everyone will feel, “I can get a treat. Yay!” (laughs), but that’s alright too (even if they think that way). I think that it’s ok even if I’m the only one who is conscious about such a bond. To be able to say what we want to say, this will become a relationship where we can trust each other… This is something that definitely can’t be bought with money.

Translated by Mich. Please do not re-post without permission.

This is the final part of Chapter [L]. I’m not sure if I’ll continue to work on the next chapter since this butai is long over hehehe~