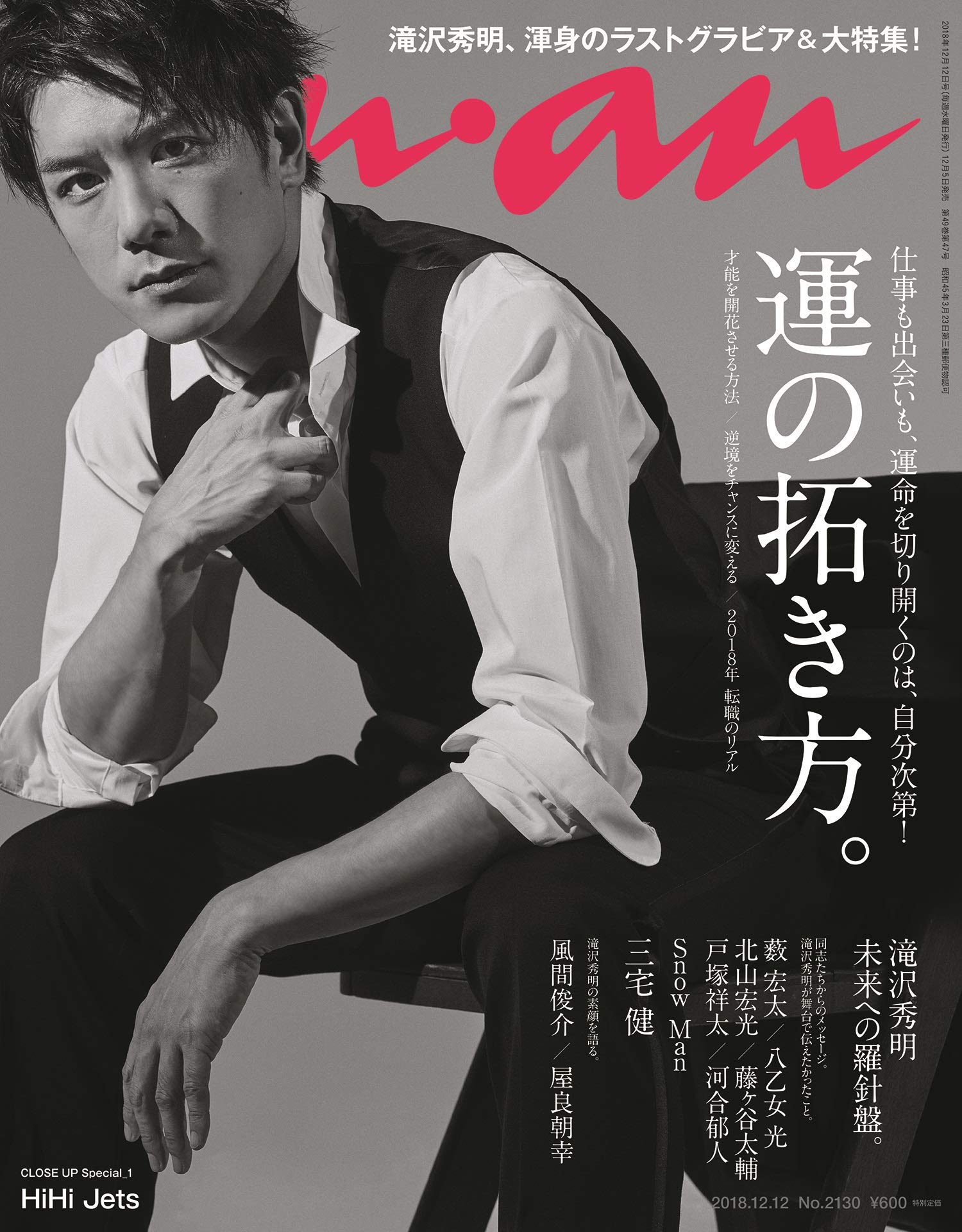 Takizawa Hideaki will be on the cover of 『anan』 no. 2013 (12 December 2018 issue) that will release on 5 December, 2018. This will be his final anan cover before he retires. Takki says that he never regretted being an artiste/talent/entertainer/etc., but from now on it’s a start for him.

As this will be his final cover and photoshoot, Takki will appear in a tuxedo. In a long interview, he’ll also talk about his journey and thoughts from the moment he decided to join Johnnys Jimusho to the decision he made this time.

No comments yet
Cover Boy