The documentary aired on NHK earlier “Takizawa Hideaki’s Expedition to the Volcanic Mountains — Uncover the Mystery of a Large Caldera” will be released on DVD on 12/12!

Actor and singer Takizawa Hideaki explores the Kikai Caldera, a huge volcano off the coast of Kagoshima, southwestern Japan. This volcano is known for its massive explosion that took place 7300 years ago, which is said to have devastated the Jomon culture of the Kyushu region. He will unravel the secrets of this beautiful yet threatening volcano. 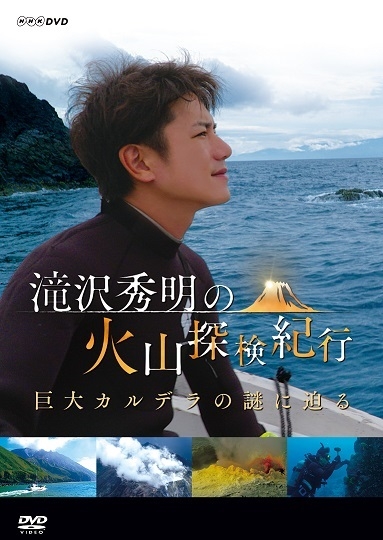 A pity this is a DVD-only release. I was hoping for blu-ray fufu~ But still, I feel this is a must-keep for Takki fans, kinda similar to the J’s Journey he did years ago. This DVD currently ranks no.1 on the sales chart of Amazon’s DVD documentary section, and the jacket/cover hasn’t been revealed yet. I’ll update again if it’s revealed ne~ [Updated 8 Oct 2018: The jacket has been released, and I’ve added it above!]