My office connection sux… It’s so unstable… on and off, on and off… so all in all I only managed to see about half of the show :( But he was really kakkoii and yasashii ne~ the way he spoke, so polite and gentle… And they showed Enbujo’08 footage~ there’s Oshichi, and my favourite part from the make-up scene – when he draws his lips!! These must be footage from the DVD! *kyaa* 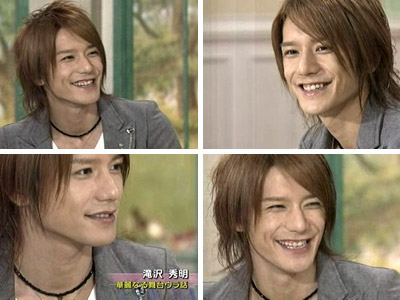 He talked about living under the same roof as his family – his grandmother, his mother etc, and about his butais Enbujo and Kakumei, and of course about the drama Kokuchisezu. I caught a bit of the drama footage. But missed a lot of the talk t___t; 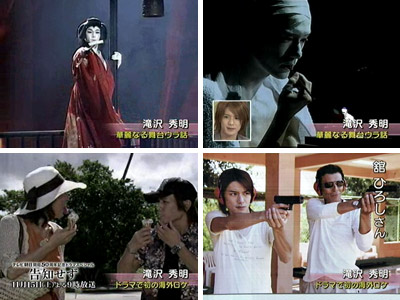 They showed a scene from Kokuchisezu of Ryo and his mama eating ice-cream. After seeing that, the Takki in the studio was smiling so brightly~ It was a cute scene hehe ^^ And there was a picture of Takki and Tacchi holding guns (in Guam)~ KakkoiI! Reminds me of the police/detective roles in HK dramas~ haha! Ok, few more screencaps for your visual pleasure :) 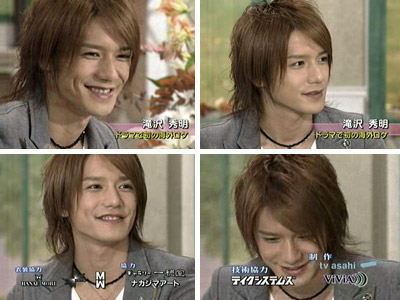 Sigh… any hope of this in HQ? *pleads* Urgghh! Just received 2 new tasks!!! Okay, will ganbatte on those first, then worry about the connection for “Nani Kore” later…