Suzuki Kyoichi is a University student studying architecture. He is the only son of the family and he feels that he doesn’t have any privacy at home. He doesn’t want to end up like his father, leading a normal but boring life. He finally decided to move out to stay by himself.

However he realised that his new apartment, Brooklyn Heights, was not much different from his home. He was constantly being disturbed by weird neighbours. Kyoichi was starting to dislike his new found “privacy”. At the same time, he was also dumped by his girlfriend.

He started working part time at night as a security guard. One night after returning from work, he was shocked to find a cute-looking girl lying on his bed, asleep. He left the apartment to make sure that he was in the right building. “Brooklyn Heights” – No mistakes. He went back to his room, but the girl wasn’t there anymore. He wondered if he was hallucinating, but he found that the packet of Hiyashi Chuka (chinese style cold ramen) that he bought earlier on was missing. He laid down on the bed, and he could smell the scent that she left behind…

Takki’s expressions and comic timing is perfect~ Hasegawa Kyoko, although 5 years older than Takki, is really really cute. She is my favourite female lead out of all of Takki’s dramas. Surumi wears simple but fashionable clothes, and surprisingly, even if Takki and Hasekyoko might not be very close in reality, their chemistry in the drama is amazing!!! Okay, I think I’m “S”, but I like how Kyon is being toyed around by Surumi *lol*

The plot might not be the strongest, but it moves at an alright pace – not fast, but not draggy either. It’s a lighthearted drama which is erm… half-comedy, half-romance? I enjoyed watching the supporting characters as well. Not to mention, the themesong and music for this drama is really really nice :-) 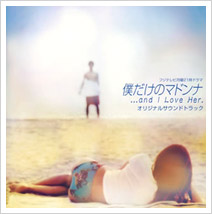 ** Highly Recommended! ^^ OMG the music of this drama is so beautiful!!! My favourite tracks are “Run in the Rain”, all the “… and I Love Her.”s and all the “Ever Green”s. Some of them are heartwrenching when you listen to it… “Brooklyn Heights” and “Professor” are cute! Not forgetting the piano version of the themesong. This soundtrack is so worth buying. The moment I saw it on the shelves @ HMV Shibuya, I grabbed it ^^! 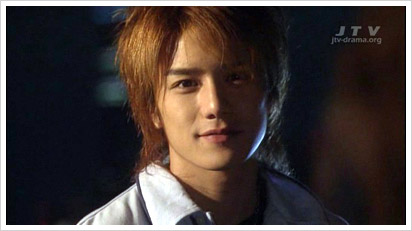 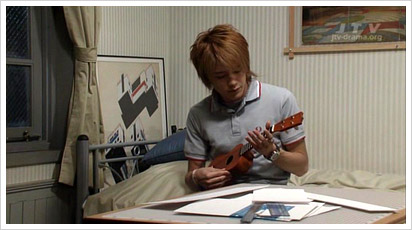 View the rest of Boku dake no Madonna Screencaps.

Extras/Features**:
** Please do not repost this elsewhere without permission. 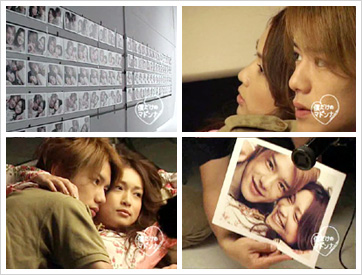 4 Replies to “Boku dake no Madonna”