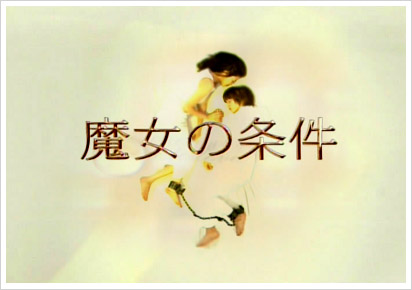 Michi, a 26 year old high school math teacher, tentatively accepts her boyfriend’s proposal of marriage, uncertain of her love for him but feeling pressure from her father and society to do what is expected of her. Hikaru, a 17 year old boy frustrated by his home life with his single mother and having been expelled from many high schools for bad behavior, enters Michi’s class as a new transfer student. As their relationship grows they realize that they both feel that they have lost themselves to the pressures of those around them, and it is this common bond that draws them dangerously close. What follows is a heart-wrenching story of forbidden love where Michi must face society’s judgement for corrupting a minor, abandoning her fiance, and disappointing her parents and co-workers.

** Highly recommended. I think this drama is still Takki’s most popular drama – ratings wise? At least where I live, most people know Takki from this drama. Of course, I’m one of them ^^ This was also the very first Japanese drama I watched, about 7 years ago, on my local tv, and it was this very drama that started my Takki rabu~~ He was the ultimate “pretty boy” and was only 16? hehe…

This drama is deeper than just a couple’s struggle to be accepted by society. An older-and-taller-woman-teacher and a younger-and-shorter-boy-student falling in love. Casting wise is perfect. I can’t see Michi played by anyone other than Matsushima Nanako, and nobody can replace Takki as Hikaru. The height difference is probably done on purpose, well, to show us that, like age, height isn’t an issue when it comes to love. This drama questions the unspoken conventional rules of society that we are bound to, pressurised to conform to.

I will always have a soft spot for Hikaru~ ♥ This was also Takki’s first main lead role, and thankfully, Takki is one of the few good looking people who can also act well ^^ He probably also gave his first on-screen kiss to Nanako, did he? He was very mature in his handling of scenes, both with Nanako and Kuroki (the actress cast as his mother). The relationship between Michi and Hikaru is more than just surface deep. And they have great chemistry, even if it’s almost a decade that separates them.

While watching some of the scenes, my heart just breaks inside, I don’t know how to describe that feeling, but it is such a strong heart-wrenching feeling, it’s as though the chest becomes very tight and suddenly very painful? lololol~ I don’t know if anyone understands what I’m talking about *whacks*~ In any case, there is this one look of Hikaru that left a very deep impression in me — when Hikaru said “Sayonara Sensei… Sayonara…” (in Episode 5) *DIES* 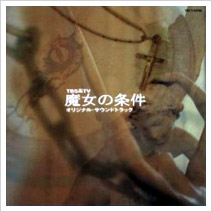 ** This is the first Japanese drama soundtrack I bought, back in 2000. I remember I found it at Tower Records @ Suntec City. I loved the drama, I loved the music, so I bought it ^^ It also happened that the theme song “First Love” by Utada Hikaru is one of the first Japanese songs I knew. It was (and probably still is) one of the most popular drama theme songs. This OST contains many different versions of “First Love” – happy, sad, guitar, piano, jazz, and even one in the minor key which just sounds so depressing *sobs* My favourite tracks are the “Sanctuary” ones though. It’s really beautiful~~~ whoever wrote that, thanks! 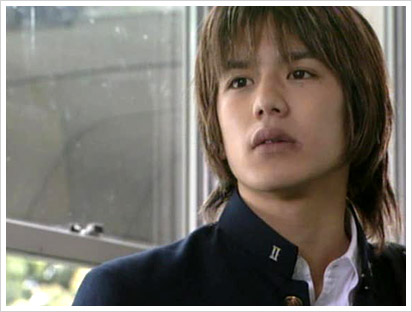 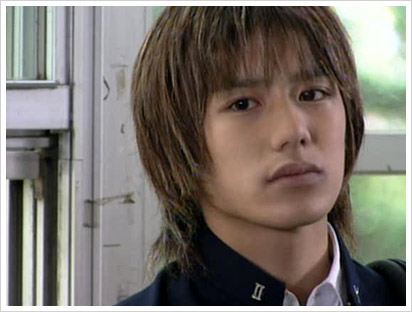 View the rest of Majo no Jouken (Forbidden Love) Screencaps. 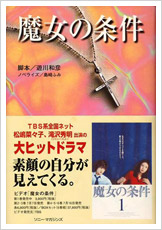