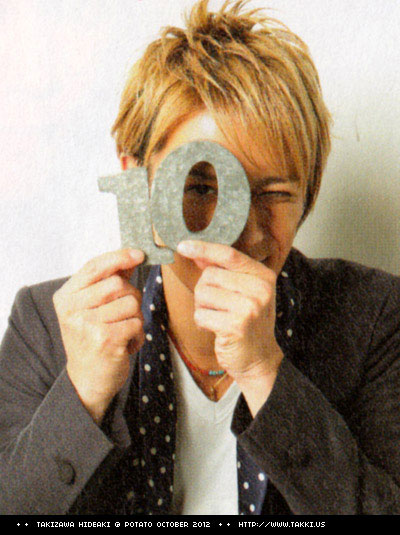 It’s been a while… but today I’m back home and have access to a scanner… so I’ve decided to scan pages from the above mags which were released yesterday. Here are reports of the Jingu Gaien Hanabi Taikai 2012, and Tackey Summer Concert 2012 in Hachioji!

Potato 10/2012
The first pic was from the offshots. I thought it was cute so I had it scanned as well haha~

Wink Up 10/2012
Like the reports here. They showed Tono taking off his jacket in Hanabi Taikai :)